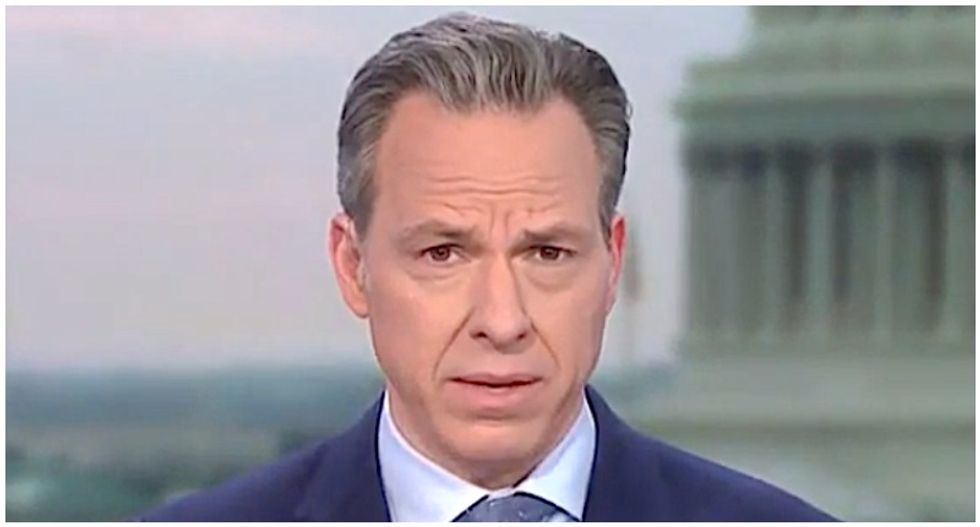 According to Tapper, the talking points mischaracterize Tapper to make it sound like he was defending Trump's claims of "very fine people on both sides" of the Charlottesville rally. The Charlottesville rally, as you might recall, was a gathering of white supremacists and neo-Nazis who chanted "Jews will not replace us," and ran a car into a crowd of peaceful counter-protesters, killing Heather Heyer.

Tapper posted the transcript, noting that "it was part of a panel discussion where other journalists made salient observations."

He then quoted Washington Post reporter Seung Min Kim, saying, "remember the context of how those rallies were organized. It was the Unite the Right Rally. It was organized by a well-known white nationalist."

Jeff Zeleny recalled that his sources in the GOP were "sort of" offended by Trump's comments, and White House economic adviser Gary Cohn "almost resigned over it."

4/ It was part of a panel discussion where other journalists made salient observations. @seungminkim: “remember t… https://t.co/9z70MYjftR
— Jake Tapper (@Jake Tapper) 1597282093.0

6/ @jeffzeleny recalled that after trump’s remarks the “most loyalist of all Republicans were like, even they sort… https://t.co/EI8XnGyoik
— Jake Tapper (@Jake Tapper) 1597282094.0

It's unknown why the Trump campaign would want to bring up Charlottesville again given how much it damaged him and his poll numbers.