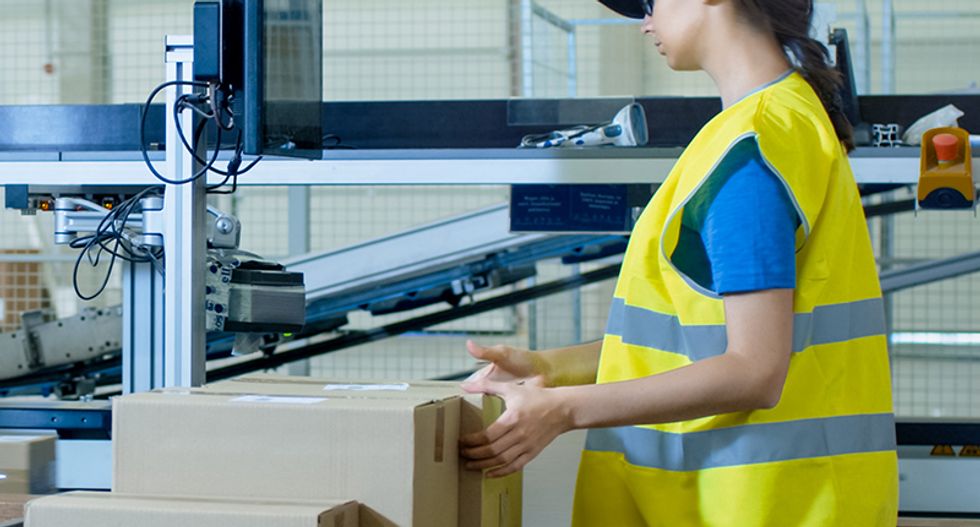 In his first public remarks since resigning from the U.S. Postal Service Board of Governors in protest at the end of April, David Williams on Thursday offered a number of alarming new details surrounding the selection of Trump megadonor Louis DeJoy as postmaster general and Treasury Secretary Steve Mnuchin's efforts to exert influence over mail operations and finances.

Williams, the former vice chairman of the USPS Board of Governors with decades of federal government experience, testified to the Congressional Progressive Caucus that what he witnessed in his final months at the Postal Service was unprecedented, detailing how Mnuchin required members of the supposedly independent board to "come to his office to kiss the ring and receive his blessing before confirmation" and made "illegal" demands of officials.

"Corruption, plain and simple. Not only is Louis DeJoy a Trump crony and clearly unqualified to be Postmaster General but he also has significant financial conflicts of interest that make him eager to destroy the USPS altogether. We won't let him."

"The Secretary has called over board members to provide instructions and requests and express his displeasure, which is really striking. I'm not sure I've run into that before, where one department is trying to run another department," said Williams, who previously served as USPS inspector general. "Normally you would simply reject the effort and report it to Congress."

Williams told lawmakers that the removal of USPS mailboxes in several states was specifically advocated by Mnuchin, a former Goldman Sachs executive who was reportedly involved in the recruitment of DeJoy for the postmaster general position.

"The blue boxes were maybe the most interesting of all," said Williams, a Democrat who was appointed to the Board of Governors by President Donald Trump. "Those were not part of ongoing plans. To my knowledge, as a matter of fact... Secretary Mnuchin wanted that done. His study of the Postal Service asked that it be done."

In response to Williams' account of Mnuchin's interference at the independent agency, Rep. Ted Lieu (D-Calif.) said the treasury secretary should be called—and, if necessary, subpoenaed—to testify before Congress.

"This hearing is a complete bombshell," tweeted David Dayen, executive editor of The American Prospect, which first reported that Williams resigned from the Board of Governors in protest.

Williams also offered an inside look at the process that led to the Board of Governors' selection and May appointment of DeJoy, a former logistics executive with zero experience working for the Postal Service.

Asked whether the board interviewed other qualified candidates for the postmaster general role, Williams answered in the affirmative and characterized DeJoy as uniquely unfit for the job, recounting that he had to be coached through his interviews. Williams said DeJoy's appointment was pushed by John Barger, a board member and Republican donor who—according to Williams—helped DeJoy "finish a number of sentences where he got stuck" and "explained to the board what Mr. DeJoy meant during the presentation."

Williams' revelations came just hours before DeJoy is set to appear before the Republican-controlled Senate Homeland Security and Governmental Affairs Committee, where he is expected to face questions about his sweeping policy changes that caused massive mail backlogs across the nation.

A day after DeJoy vowed to suspend the operational changes until after the November election, House Speaker Nancy Pelosi (D-Calif.) said in a statement that the postmaster general "frankly admitted" to her that he has "no intention of replacing the sorting machines, blue mailboxes, and other key mail infrastructure that have been removed and that plans for adequate overtime, which is critical for the timely delivery of mail, are not in the works."

In a letter to the USPS Board of Governors on Wednesday, 90 House Democrats demanded the immediate removal of DeJoy for using his brief tenure as postmaster general "to sabotage the United States Postal Service."

"Despite recent claims by Mr. DeJoy that implementation of certain changes may be delayed," the lawmakers wrote, "he has already done considerable damage to the institution and we believe his conflicts of interest are insurmountable."