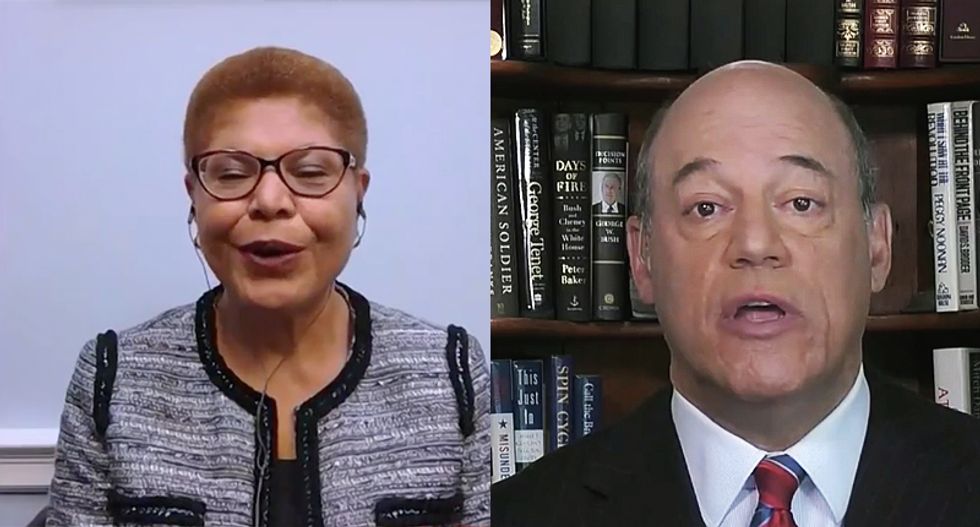 "She's just not that historically exciting to African-Americans," said Fleischer speaking to Laura Ingraham during a Fox News appearance after the announcement.

During a conversation with MSNBC's Joy Reid, the host called Fleischer "a sort of a bygone era Republican voice" and asked Bass to listen to his comments.

"I wonder how many African-Americans," asked Bass, chuckling.

"Good question!" replied Reid. "I wonder how many he actually knows personally."

Showing a series of Instagram posts from Black users, both Bass and Reid noted their community of Black friends are very excited about Harris.

"Well, absolutely, people were thrilled. And so I don't think he knows a darn thing about Black folks," said Bass. "So, he shouldn't even be commenting at all. But it's not just Black folks, it's Black folks, it's women, it's Asians, it's Latinos. This is just exciting all the way around. I think the rollout today when they walked across that stage, it was electric. And I believe that they both are going to energize the vote. I think that Senator Harris, in particular, the idea of having a woman vice president, the idea of having an African-American Asian woman vice president, and then you know what? CBC has produced a president and soon to be a vice president."