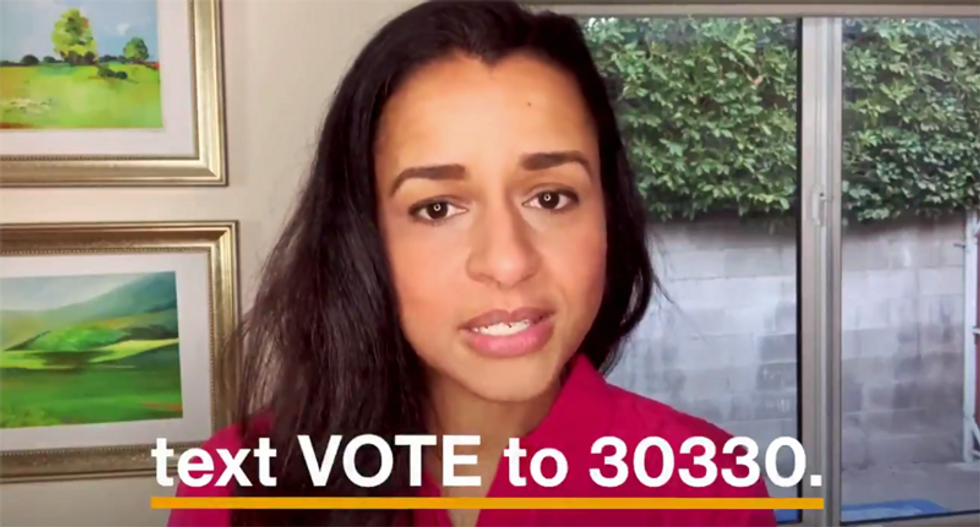 Cooper has received widespread acclaim for her impersonations of the commander-in-chief, where she lip-syncs to real things Trump has actually said.

Cooper broke from character to "put this in my own words."

"I've heard Trump say some pretty unhinged things," Cooper noted. "But nothing is more dangerous to our democracy than his attacks on mail-in voting during a pandemic."

"Here's the truth. Donald Trump doesn't want any of us to vote, because he can't win fair and square," she charged.

Nice touch to include @sarahcpr in #DemConvention. She has been one of the silver linings of these dark times. Thanks for the laughs.
— Barb McQuade (@Barb McQuade)1597974515.0