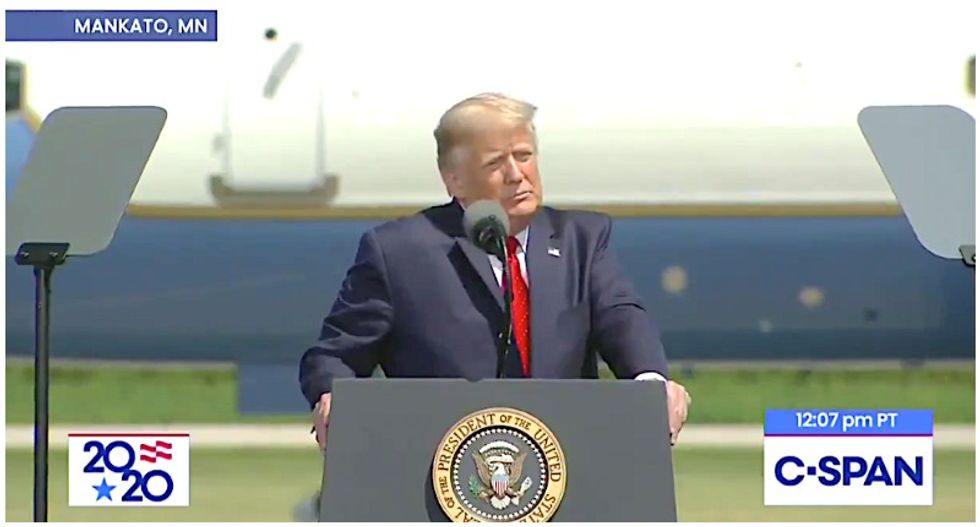 During a speech in Minnesota this Monday, President Trump lamented the coronavirus economy, joking that God was "testing" him by taking away what he says were his tremendous economic gains, forcing him to "do it again."

"We created the greatest economy in the history of the world and now I have to do it again," Trump said.

"You know that that is?" Trump said. "That's God testing me."

Some of Trump's critics on Twitter saw his comments as just another example of his being delusional.

Want to see crazy and delusional? Check out this Trump clip from Minnesota about God testing him https://t.co/7jKh4OZcrF
— Icculus The Brave (@Icculus The Brave) 1597694335.0

Trump's fictional conversation with God here has all the believability of all his "sir" stories. https://t.co/eVW8kXLHeu
— Kendall Brown (@Kendall Brown) 1597691659.0