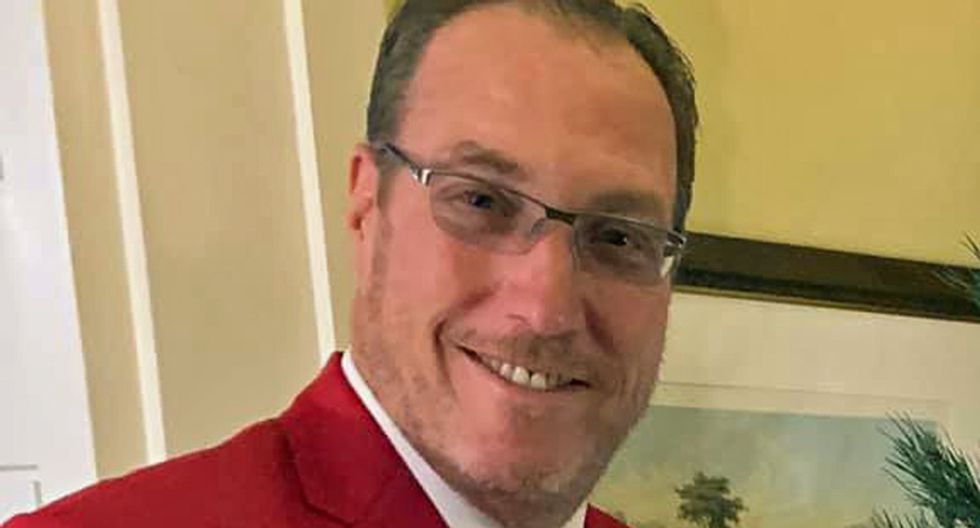 Nielsen said earlier this summer that he would forfeit the job amid condemnation for sharing a graphic on Facebook that juxtaposed a Martin Luther King Jr. quote with a banana.

Keith Nielsen has taken office as the chairman of the Harris County GOP, despite saying he would not do so earlier this summer after facing backlash to an image he posted on Facebook juxtaposing a Martin Luther King Jr. quote with a banana.

Nielsen, elected in March, was set to automatically take over as the party leader in Texas' biggest county, home to Houston, at 12 a.m. Monday. To forfeit the office, he would have had to notify the party secretary prior to midnight, which he did not do, according to party spokeswoman Genevieve Carter.

By Sunday night, over 120 precinct chairs had signed on to a statement reminding Nielsen of his early June "declination to take the office."

In recent weeks, all signs pointed to Nielsen reneging on his promise to not take office. He showed up to a meeting with state Senate district chairs last month and left the impression that he was reversing himself, and last week, he announced an Aug. 18 meeting with precinct chairs in an email that he signed as the "chairman-elect."

Nielsen never publicly confirmed his intentions as questions mounted about whether he was going back on his word. Meanwhile, some of the prominent GOP officials who had initially pressured him to step aside reiterated their calls. The group included Lt. Gov. Dan Patrick and U.S. Rep. Kevin Brady, of Conroe.

"A bigot whose word is no good," Brady tweeted Tuesday. "This is not what the party of Lincoln stands for. He needs to be removed. Now."

It was not immediately clear how Nielsen could be ousted.

The statement from the precinct chairs does not criticize Nielsen but favorably notes his June 6 statement that he would not take office.

"This difficult decision rightfully put our party over personal interest," the precinct chairs' statement says. "This allows the Republican Party to move forward towards victory in November."

Nonetheless, Nielsen's reversal is another headache for Texas Republicans as they prepare for a tough November election, especially in Harris County, a onetime battleground that has trended Democratic in recent election cycles.

Nielsen had faced wide-ranging condemnation for the Facebook graphic. The juxtaposition of the quote and the banana can be read as an allusion to equating Black people with monkeys, a well-worn racist trope.