DHS chief refuses to condemn violent Trump supporters under grilling by CBS host: 'So you endorse this?' 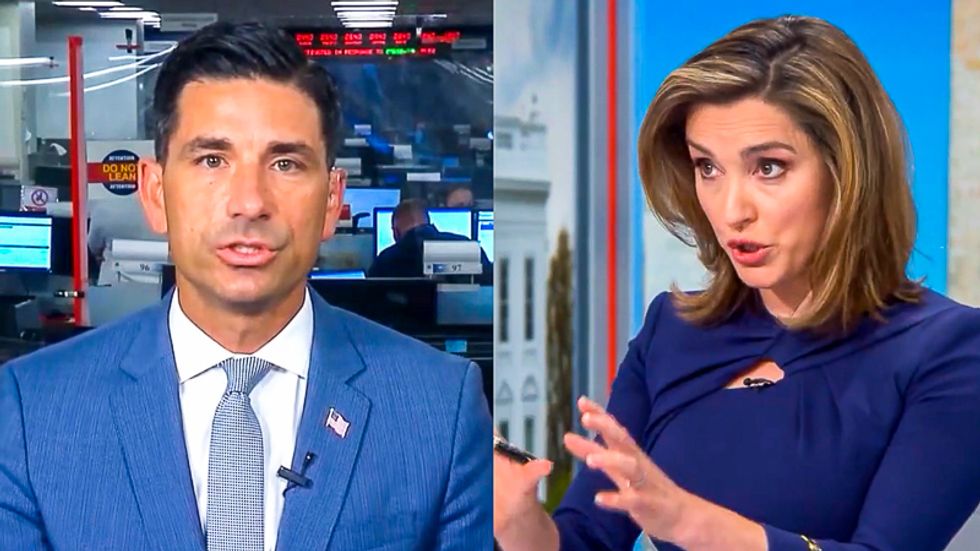 Department of Homeland acting Security Secretary Chad Wolf on Sunday declined to condemn Trump supporters who have instigated or incited violence at Black Lives Matter protests around the country.

During an interview on CBS, host Margaret Brennan noted that President Donald Trump has tweeted praise for supporters who have staged counter-protests against Black Lives Matter in cities like Portland.

"Will the Trump administration ask for everyone -- including those pro-Trump supporters -- to pull back?" Brennan wondered.

"Well, we've been asking Portland to do their job really for over three months now," Wolf replied.

"But I'm asking about the pro-Trump supporters," Brennan noted.

Wolf, however, accused Portland officials of "fostering an environment of this lawlessness and chaos."

"Address the violence so you don't have dueling demonstrations, you don't have this violence," he insisted. "We need them to do their job and if they can't, if they don't have the ability or the resources, ask the federal government."

"I hear what you're saying," Brennan pressed. "But the president has tweeted about Portland 12 times in the past 48 hours, including retweeting a video of his supporters -- people with Trump flags flying -- driving into Portland and he called them great patriots. Doesn't that heighten tensions when you say you are trying to lower it?"

"Do you endorse this as the president appears to be doing?" Brennan queried.

Wolf continued to blame "local officials not doing their job."

"So are you saying that the local officials have failed to stop the Trump supporters?" Brennan asked. "Because the president seems to be endorsing them."

"They failed to protect their communities specifically in Portland," Wolf responded cryptically. "We need Portland to step up, bring this violence to a close."

Brennan attempted to summarize Wolf's answer: "It sounds then like you are asking Portland officials to crack down on the Trump supporters too."

"I'm asking Portland officials, that's the mayor, that's the governor and that's the local law enforcement to do their job to address any violent activity that is occurring in their streets," Wolf said.