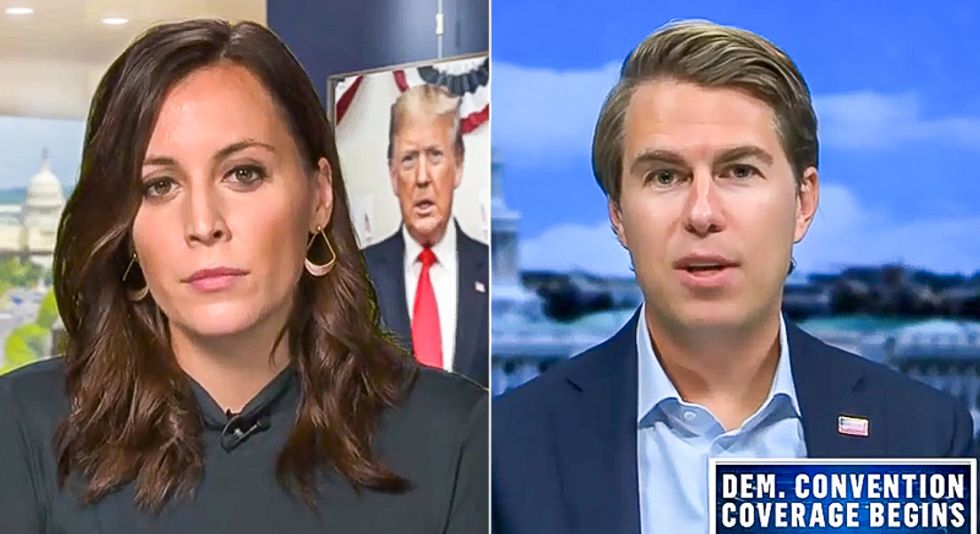 Former DHS Chief of Staff Miles Taylor revealed on Wednesday that President Donald Trump was not joking about his desire to "swap" Puerto Rico for Greenland.

According to multiple news reports last year, Trump made a "joke" in 2018 about trading Puerto Rico for the world's largest island.

But on Wednesday, Taylor insisted that the president had not been joking.

"There was a time when we were spending a lot of our days down in Puerto Rico after the hurricanes," Taylor explained to MSNBC host Hallie Jackson. "There was a trip that we made down there in August of 2018. And I remember before we went, the president said something... the president has talked before about wanting to purchase Greenland."

"But one time before we went down, he told us not only did he want to purchase Greenland, he actually said he wanted to see if we could sell Puerto Rico, could we swap Puerto Rico for Greenland," Taylor recalled. "Because in his words, Puerto Rico was dirty and the people were poor."

"The fact that the president of the United States wanted to take a territory of Americans and swap it for a foreign country is beyond galling," he added. "This was a real thing. This is the president, this is the man who sits behind the Resolute Desk."

"You don't think it was a joke?" Jackson asked.