DNC Monday night speakers: What to expect on the kickoff night of Democrats' first-of-its-kind virtual convention 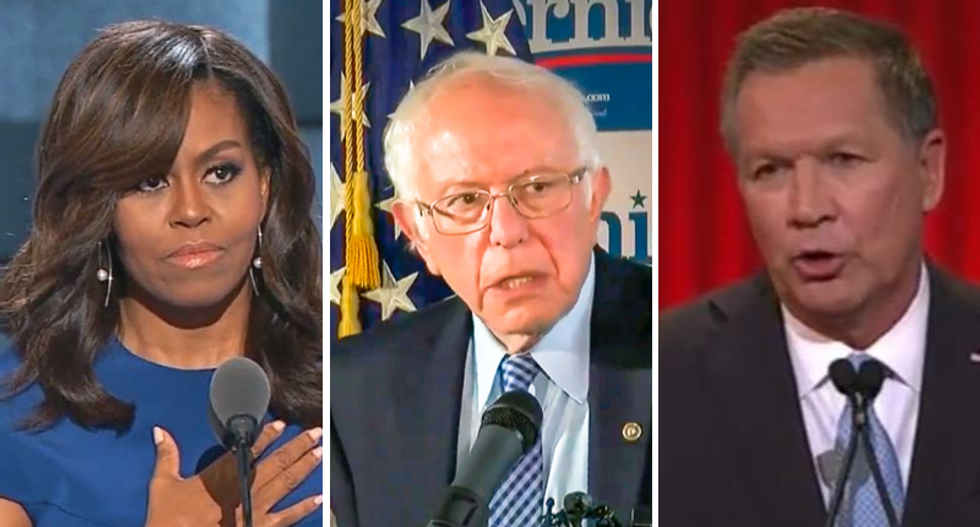 On Monday, CNN gave an overview of the major speakers to expect on the kickoff night of the Democratic National Convention, as the party holds its nominating ceremony virtually for the first time in history.

"It will be a convention unlike any other: The coronavirus pandemic forced Democrats to scrap their planned in-person Milwaukee convention," said the report. "Instead, speakers will deliver speeches from locations across the country and without the large in-person crowds that are traditionally seen at these events. All eyes will be on how smoothly the transition to a virtual convention works."

"Top speakers of the night include former first lady Michelle Obama, Vermont Sen. Bernie Sanders and a Republican — former Ohio Gov. John Kasich," continued the report. "Obama and Sanders are two of the most popular figures in Democratic politics. Kasich, a former presidential candidate, is emblematic of the kind of anti-Trump Republican who Biden is hoping to win over in November."

"Obama is one of the nation’s most popular public figures — known for saying in her 2016 DNC speech, 'when they go low, we go high,'" said the report. "But her speech Monday will come at a different moment in time — one that sees Trump running for reelection amid a global pandemic and protests against racism." Sanders, meanwhile, "will be walking a thin line — simultaneously trying to appeal to his young base on Biden’s behalf, while also using the spotlight to make the case for his own policy agenda."

Meanwhile, "Kasich’s message is likely to be oriented toward the need for a functioning government. As a 2016 presidential contender, he often touted his role as a one-time House budget chairman who negotiated spending plans with a surplus with former President Bill Clinton."