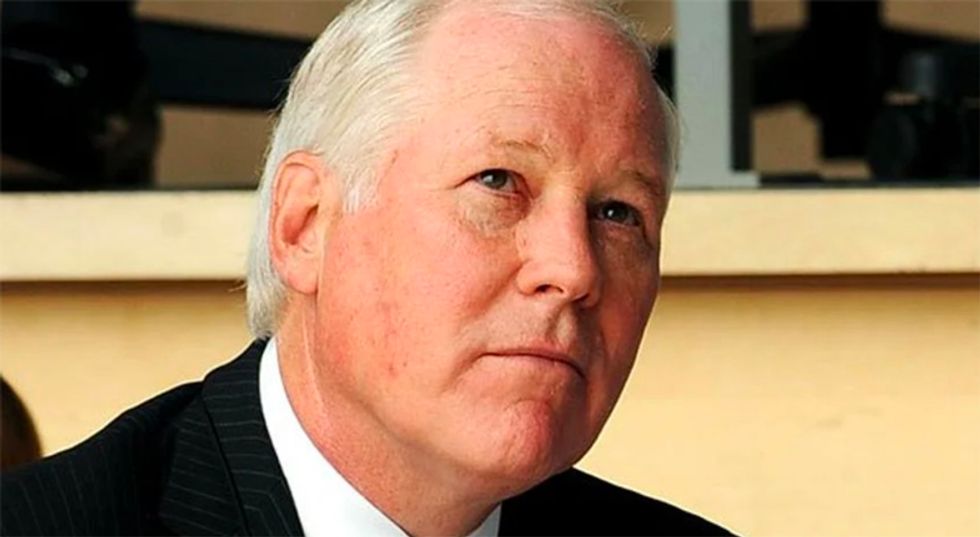 A recently-appointed member of the U.S. Postal Service Board of Governors has been interviewed by Department of Justice investigators, as part of a federal suit filed against his former freight company for defrauding the Pentagon of millions of dollars, court documents show.

About two weeks after Bill Zollars, the former chairman, president and CEO of YRC Worldwide, Inc., was confirmed to the USPS board by the Senate in June, the Treasury Department awarded his former company a $700 million COVID relief loan. That came from funds designated for Pentagon contractors — but Zollars' former company, which he left in 2011, has been accused of defrauding the Pentagon during his tenure.

YRC was worth only $70 million at the time the loan was extended, and in May had warned shareholders it was in danger of going out of business.

The loan, which matures in 2024, did not come out of CARES Act funds set aside for small businesses, but from a $17 billion carve-out intended to support businesses considered crucial to national security amid the pandemic.

Treasury reportedly did not hand out any of that slice for longer than three months, largely because defense contractors "considered those terms too onerous," industry executives and lobbyists told The Washington Post.

YRC Worldwide — which Treasury said accounts for 68% of the military's "less-than-truckload," or LTL, shipping services — took losses amid the economic shutdowns necessitated by the coronavirus pandemic. The company posted a first-quarter revenue loss and has laid off a number of workers. YRC also owes $825 million to multiple creditors, the Washington Post reported.

Zollars also currently sits on the board of directors for Prologis, a logistics multinational that rents industrial real estate to the Postal Service, as well as to competitors such as UPS and FedEx.

HuffPost reported Wednesday that Prologis financial documents from this spring show that Zollars has been compensated with stock shares worth more than $1 million, and that he holds options to purchase thousands more shares. Zollars' Prologis bio says that he serves on the compensation committee.

The Trump administration has been proposing to privatize the USPS since 2018. Postmaster General Louis DeJoy, who like Zollars made his fortune in the freight sector, has also come under scrutiny for his millions of dollars of holdings in Postal Service competitors, in particular his old transport company — XPO Logistics, a competitor of YRC.

The DOJ's first complaint against Zollars' former company was filed in 2008 and unsealed as amended in December of 2018. Zollars had stepped down in the interim, leaving the company in 2011.

While the complaint does not name Zollars, it lists the companies he was running — YRC Freight, Inc.; Roadway Express, Inc., and Yellow Transportation, Inc. — as the sole defendants, alleging that employees and top-level executives knowingly and systematically increased profits by manipulating weight reports to the Department of Defense.

"The Defendants' false claims and false statements ultimately resulted in DOD paying millions of dollars more for freight shipping than it would have if the Defendants were honest," the complaint says. "The Defendants further understood that they were cheating their customers," it adds.

Among the counts charged are making false statements to the government and unjust enrichment, as well as breach-of-contract charges for breaking terms with the Pentagon while YRC was under Zollars' leadership. Still, YRC got the $700 million loan from the Treasury Department this July in order to meet its obligations under its Pentagon contract. The government is suing YRC for an amount to be determined in court, and demanding a jury trial.

Despite the government's accusations of fraud, Zollars' bio on the Postal Service website touts his leadership at YRC:

As chairman, president and chief executive officer of YRC Worldwide, Inc., Zollars, led one of the largest and most recognizable global transportation service providers from 1999-2011. While at YRC, Zollars was a direct participant in the postal delivery process by providing consolidation and de-consolidation services on behalf of the USPS. Before that, Zollars was president of Yellow Transportation Inc., a position he accepted in 1996 as part of a major management transition for the company.

Following news of the bailout, YRC's stock price more than doubled. In exchange for the loan, taxpayers will take a 29.6% share in the company, which earlier this year had warned investors it was in danger of going out of business.

The Treasury Department did not respond to Salon's questions.

"Those who do business with the government must do so fairly and honestly," Assistant Attorney General Jody Hunt of the Department of Justice's Civil Division said in a 2018 press statement announcing the suit. "Knowingly overcharging the government is an affront to American taxpayers, and the Department of Justice will seek to ensure that those who engage in such misconduct are held accountable."

On Aug. 19, amid national uproar about executive decisions at the Postal Service relating to election mail, a representative for Zollars asked Salon to remove its initial report on the lawsuit and loan. Salon declined, believing the report was accurate and fair.

In the email, the representative claimed that Zollars "had no involvement" with the lawsuit. Salon found a court document filed by defense attorneys for YRC that contradicts that claim, listing Zollars among a handful of YRC employees who had given oral testimony to the government.

The same day that Zollars' representative requested the retraction, the Justice Department filed a lengthy court document opposing YRC's objection to the magistrate judge's decision not to dismiss the government's case.

Zollars did not respond to Salon's specific questions for this article.