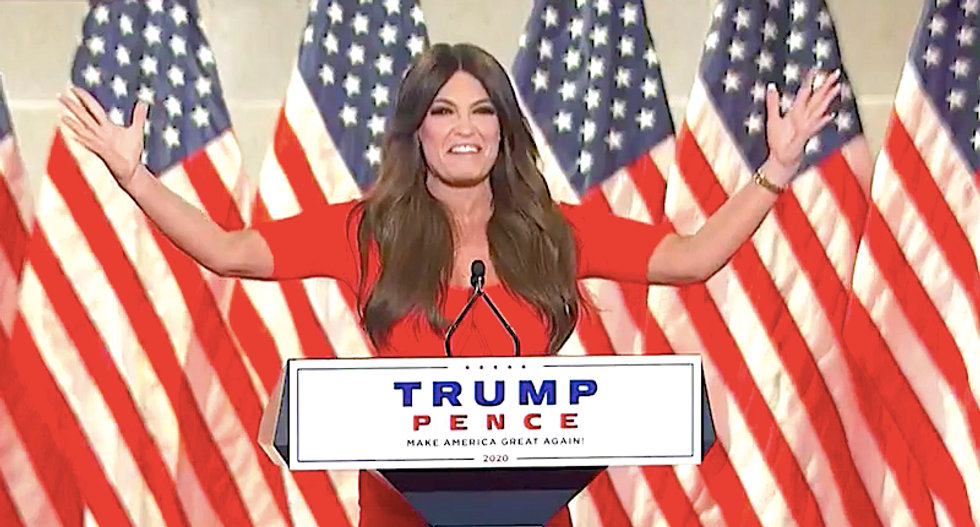 President Donald Trump lost the first-night rating battle of the Republican convention. According to the Los Angeles Times, the first night of the Democratic convention scored a much better viewership than the GOP.

Night one for the GOP convention scored about 15.8 million viewers, which is a significant decline from Trump's 2016 views. By contrast, the Democratic Party averaged about 18.7 million viewers over the major broadcast networks and leading three cable channels, CNN, MSNBC and Fox News. The Democratic National Committee reported 35 million live views of their video streams across the four-night convention.

The numbers do not count online views as those can only be self-reported by the networks themselves. For example, CNN cited "31 million unique visitors and more than 9 million video starts across its desktop, mobile and OTT devices," the network said on the first night of the Democratic convention.

For Fox News, however, those numbers were the top in their history of covering political conventions. The overwhelming majority of Trump's interviews go to the network, however, which has been incorporated into his campaign with Fox News personalities like Sean Hannity and Jeanine Pirro appearing at rallies.

“Hannity,” the Fox News show that airs at 9 p.m. EST, scored 6.8 million views, which is the second largest in the show's history.

But the numbers are 26 percent down from Trump's first convention at a time that the president's poll numbers are struggling and his ratings for his response to the coronavirus pandemic have been even worse.

The first night of the Republican Convention was supposed to be "diversity night," with the GOP's two non-white leaders taking the stage. The remainder of the GOP convention will feature only whites.

You can read the full report from Los Angeles Times.