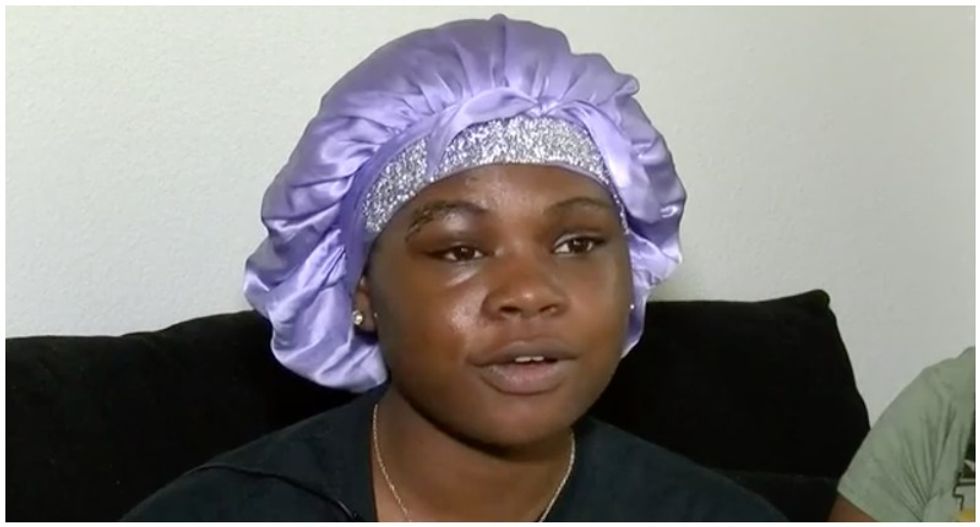 A 17-year-old hostess at a Louisiana Chili's restaurant was attacked by a group of more than 11 women when she asked them to abide by social distancing guidelines, WLBT reports.

"I couldn’t believe, like over two for 25s, and three for 10s, I got attacked," Kelsy Wallace said. "My general manager and my other managers tell us we cannot sit a table bigger than six because of the corona[virus]."

That's exactly the rule Wallace tried to enforce when the women requested to sit together at one table. When she brought her manager, the situation escalated and Wallace exchanged words with the women.

"But then one girl come and she just hit me; we just started fighting. And all everybody who they was with just started hitting me, and the lady who pushed me first, she takes the wet floor sign, cocks back, and hits me with it in my eye," said Wallace.

When police arrived in the scene, the group of women had already left.

Wallace received stitches above her eye and had some of her hair pulled from her scalp during the confrontation.

Ultimately, Wallace says, she was just doing her job.

"I was just trying to follow the rules and make sure that I wasn’t going to get in trouble," she said. "Like this is just overwhelming. I just cannot believe that this happened to me of all people."