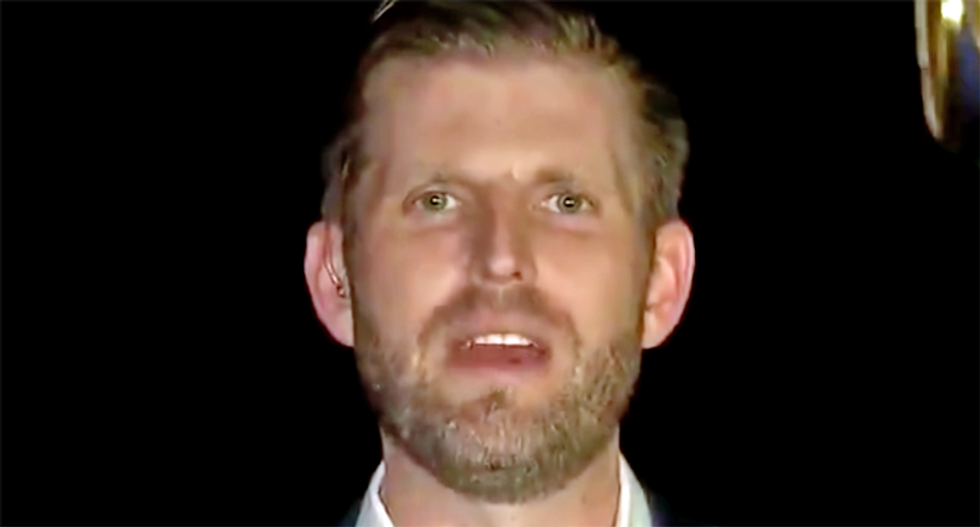 President Donald Trump tends to conflict with powerful women on the national stage. In the past several months he's clashed with female reporters, he frequently calls women "nasty," and when faced with the fact that women are abandoning his campaign, he called all women in the suburbs "housewives," neglecting the work they do outside the home and as mothers.

Already, Trump has come out swinging after Harris became the official Democratic choice for Vice President, and his allies are as well.

You can see the tweet Eric Trump "liked" in the photo below: 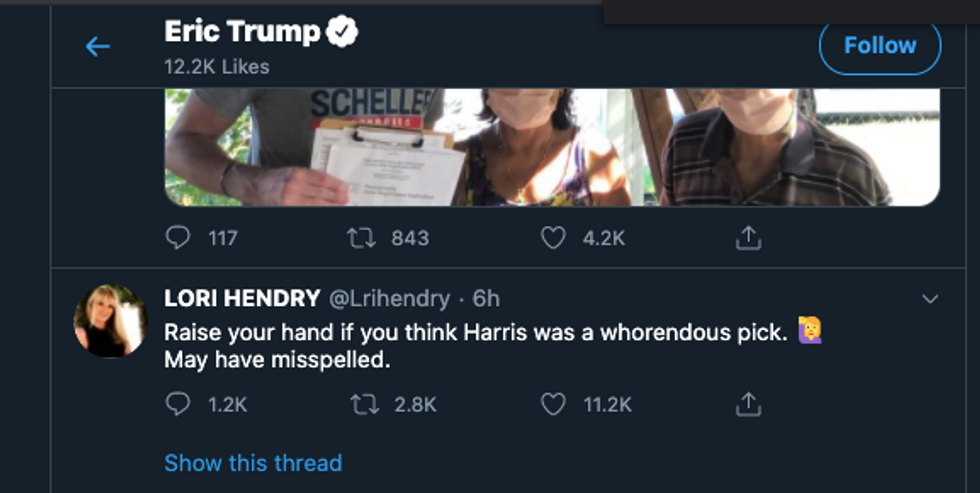