Eric Trump says his dad is sending ‘Americans to Mars ... SOON’ — but said nothing about the Covid pandemic 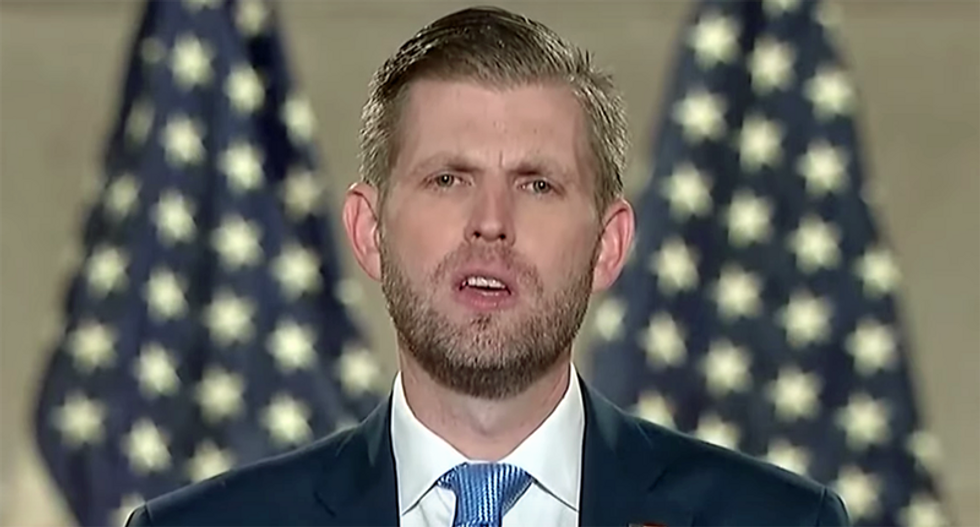 In an argument that NASA may dispute, he said Americans would "soon" be headed to Mars.

"Every day my father fights for the American people. The forgotten men and women of this country, the ones who embody the American spirit, which is unlike anything else in the world. It built the New York City skyline, it built the Hoover Dam and soon -- under my father's leadership -- it will send Americans to Mars," he claimed.

"Eric Trump is talking about Mars travel. Americans are worried about COVID and jobs," he said.