Facebook is bracing itself for Trump's attempts to 'delegitimize' a Biden win: report 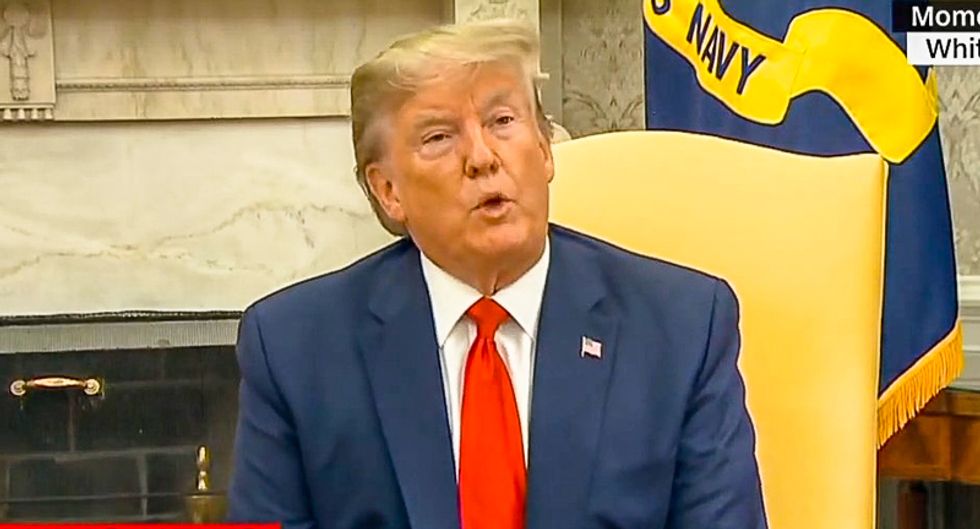 Social networking giant Facebook is planning for ways to mitigate any attempts by President Donald Trump to "delegitimize" a victory by Democratic rival Joe Biden in the 2020 presidential election.

The New York Times reports that Facebook is preparing for Trump to spread misinformation about the 2020 election should he lose and is "preparing steps to take should Mr. Trump wrongly claim on the site that he won another four-year term."

Facebook CEO Mark Zuckerberg and other executives have been meeting regularly to discuss ways to stop the platform from being used to spread misinformation about the vote, and are even considering a "kill switch" to shut off all political ads after election day.

Alex Stamos, director of Stanford University’s Internet Observatory and a former Facebook executive, tells the Times that his former company may even “have to potentially treat the president as a bad actor” who is as hellbent on undermining American democracy as any Russian internet troll.

Trump has already been telegraphing that he may not accept the results of the election if he loses, and he's repeatedly said he'll take a wait-and-see approach to conceding defeat.