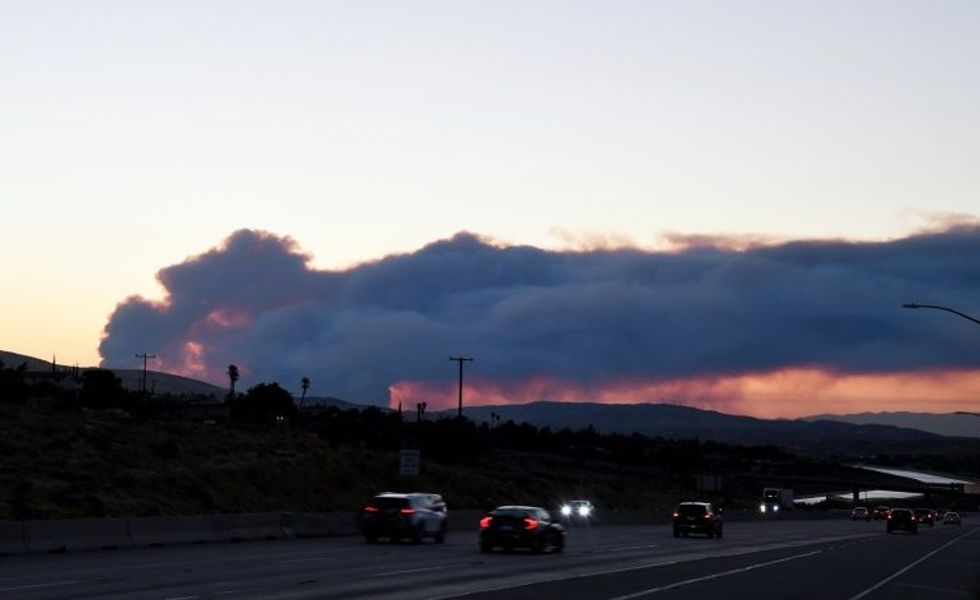 A fast-moving brush fire north of Los Angeles prompted mandatory evacuation orders for some 500 homes on Wednesday as firefighters battled the flames that had burned 10,000 acres by early evening, authorities said.

Rapidly-spreading flames had scorched some 10,000 acres (4,050 hectares) within a little more than three hours, according to the Los Angeles County Fire Department.

"Multiple agencies are battling a brush fire near the Lake Hughes area in the Angeles National Forest," the department said in a tweet.

The smoke plume from the flames could be seen miles away from the site of the fire.

More than 300 firefighters backed by helicopters and fixed-wing aircraft were deployed to fight the blaze.

"#LASD deputies currently evacuating residents in the area," the fire department said in another tweet, referring to the LA Sheriff's Department. "Please help us help you & our loved ones get out safely."

Wildfires have become more frequent and bigger in California in recent years, in part driven by climate change.

The deadliest fire in the state's history -- the Camp Fire -- took place in northern California in November 2018 and killed 86 people.