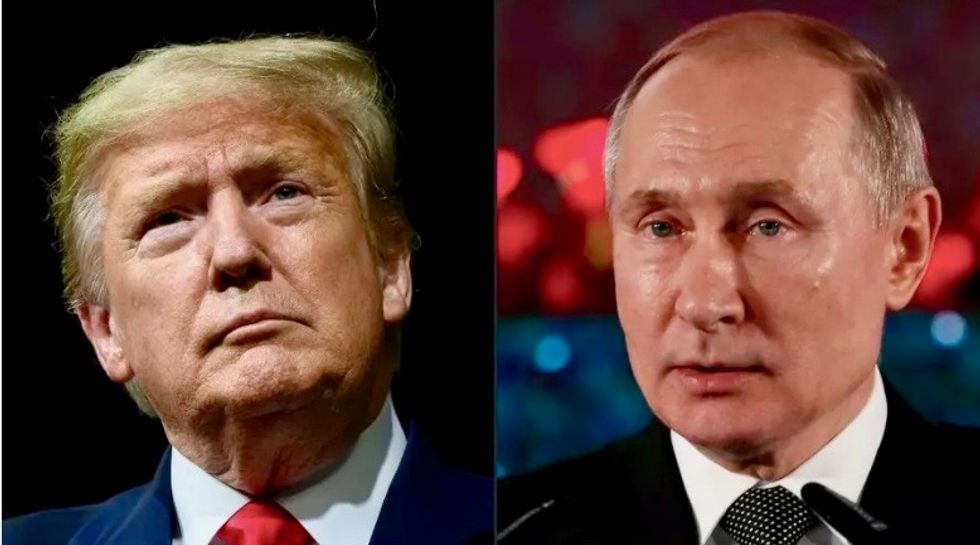 The Senate Intelligence Committee's report showing how President Donald Trump and members of his campaign team and family colluded with Russia also included an embarrassing letter from Trump to Russian President Vladimir Putin.

The 2007 letter congratulates Putin on being named TIME magazine's "Man of the Year." Many are calling it fawning.

"As you probably have heard, I am a big fan of yours!" Trump says in the letter, underlining those words with his iconic Sharpie. 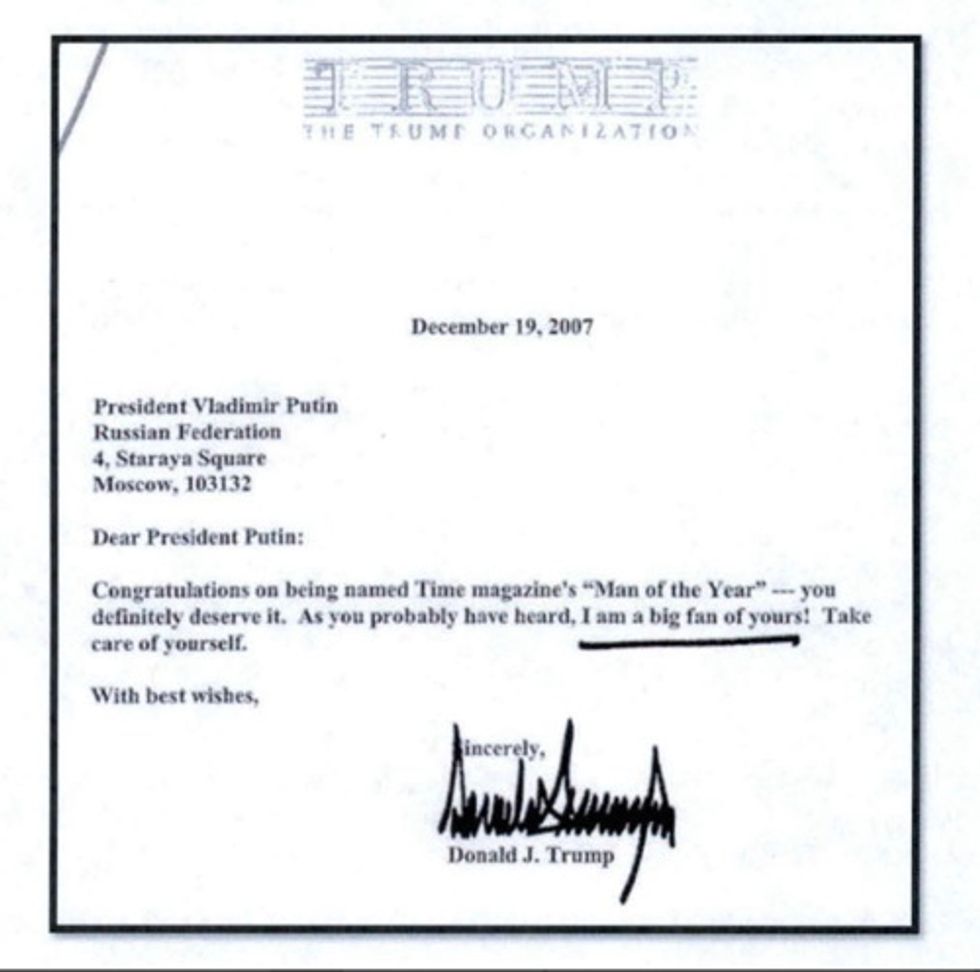 Here's what some are saying in response: