Why have Republicans and their media allies failed to lay a glove on Joe Biden? 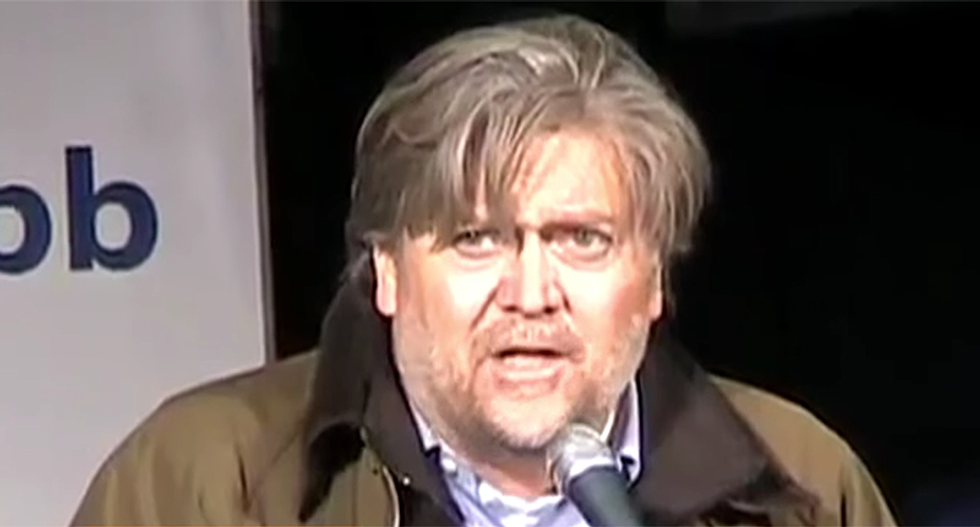 Former Trump White House political strategist Steve Bannon has been charged with criminal fraud for his role in a crowd-funded campaign to build President Donald Trump's wall along the U.S.-Mexico border.

The United States Attorney's Office for the Southern District of New York announced on Thursday that Bannon and several other leaders of the ‘We Build The Wall’ online fundraising campaign have been indicted for defrauding "hundreds of thousands" of donors.

"As alleged, the defendants defrauded hundreds of thousands of donors, capitalizing on their interest in funding a border wall to raise millions of dollars, under the false pretense that all of that money would be spent on construction," said acting SDNY U.S. Attorney Audrey Strauss. "While repeatedly assuring donors that Brian Kolfage, the founder and public face of We Build the Wall, would not be paid a cent, the defendants secretly schemed to pass hundreds of thousands of dollars to Kolfage, which he used to fund his lavish lifestyle."

As for Bannon's role in the scheme, SDNY alleges that he funneled "over $1 million from We Build the Wall" into a nonprofit organization that he personally controlled. According to SDNY, Bannon then used at least some of that money "to cover hundreds of thousands of dollars" in his own personal expenses.

"Globalists" is a slur with deeply anti-Semitic roots that has been increasingly appropriated by many within the Republican Party, including former President Donald Trump.

Rogers, who has been a key figure in promoting the discredited "audit" of ballots in Maricopa County, has drawn nationwide attention for calling for a do-over of the presidential election, pushing neo-Nazi conspiracy theories about the "Great Replacement" of white people, and sung the praises of Confederate generals.

THANKS FOR SUBSCRIBING! ALL ADS REMOVED!

Campbell argued that the attorneys could not be sanctioned for submitting bogus claims if they sincerely believed their veracity.

"The Attorneys are not the only individuals who viewed these affidavits as evidence of serious fraud," he wrote. "When they filed this case, members of two of the federal government's three branches—including the now former President of the United States—were insisting that there was massive voter fraud... millions of other Americans believed those claims—and believed that their president would not intentionally mislead them."

The letter acknowledged that "attorneys should look beyond their prejudices and political beliefs, and view evidence with a level of professional skepticism" but he added that "no one is immune to confirmation bias."

"Democrats will defeat [it], of course," his colleague John Bresnahan added.

Why have Republicans and their media allies failed to lay a glove on Joe Biden?

Senate Republican made a massive error -- and it will have ‘significant consequences’ next year: op-ed