‘Flat-out lied’: Elizabeth Warren and a lot of other people sure think Louis DeJoy committed perjury 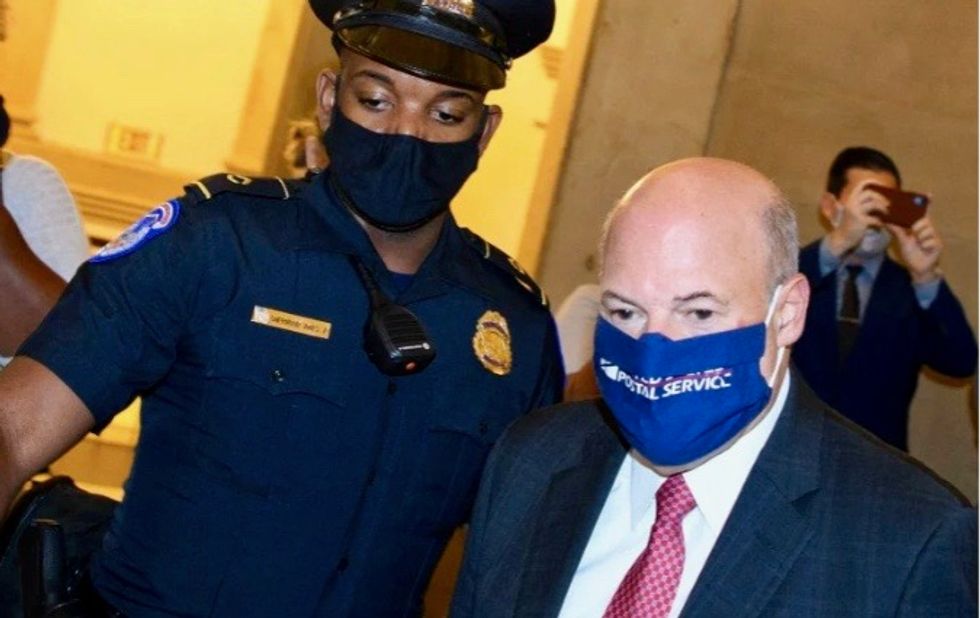 Postmaster General Louis DeJoy testified before the Senate for several hours Friday, and a lot of people are saying he committed perjury. Among them, U.S. Senator Elizabeth Warren (D-MA), who says he "flat-out lied."

One of apparently several issues: DeJoy's testimony about overtime.

"Postmaster General Louis DeJoy said today during his testimony that he has not cut postal workers' overtime," MSNBC reports. "But an internal USPS document show how policy changes prohibit 'extra' or 'late' trips and mandating that carriers 'return on time.'"

Senator Warren is not the only one accusing DeJoy of lying. Take a look:

So yes...DeJoy is lying to Congress. They are actively accelerating efforts to dismantle the @USPS and cover it up. https://t.co/yjDIkN7mVk
— Fred Wellman (@Fred Wellman) 1598026771.0

Note to honest postal service employees: preserve all documents or other evidence that show that DeJoy was involved… https://t.co/CmDuNs1ykW
— Norman Ornstein (@Norman Ornstein) 1598018274.0

Today, Louis DeJoy refused to restore equipment that has been removed. He committed to changes that have slowed dow… https://t.co/a8jRiVYeZv
— Women's March (@Women's March) 1598038893.0

Today, Louis DeJoy told the Senate under oath they he has not limited, cut or eliminated overtime for USPS workers.… https://t.co/gYLymGmd5a
— Ricky Davila (@Ricky Davila) 1598038364.0

DeJoy has committed multiple federal crimes - from perjury to the strategic destruction of USPS for the purpose of… https://t.co/s8pwfqwFCc
— Alexandra Chalupa (@Alexandra Chalupa) 1598032024.0

How many times did Louis DeJoy commit perjury this morning? I think I counted about a dozen. Is lying under oath no… https://t.co/fO9fXnCJnJ
— Ricky Davila (@Ricky Davila) 1598026415.0

This is perjury. ‘Had no idea’: Postmaster DeJoy claims in Senate testimony he ‘was unaware’ mailboxes and sorting… https://t.co/FVCos1MJkI
— Gregg Housh (@Gregg Housh) 1598022676.0

‘Look Me in the Eye’: Democrat Destroys DeJoy – ‘You Didn’t Do Any Analysis’ to See How Seniors Would Be Impacted

‘Had No Idea’: DeJoy Astonishingly Tells Senate He ‘Was Unaware’ Mailboxes and Sorting Machines Were Being Removed