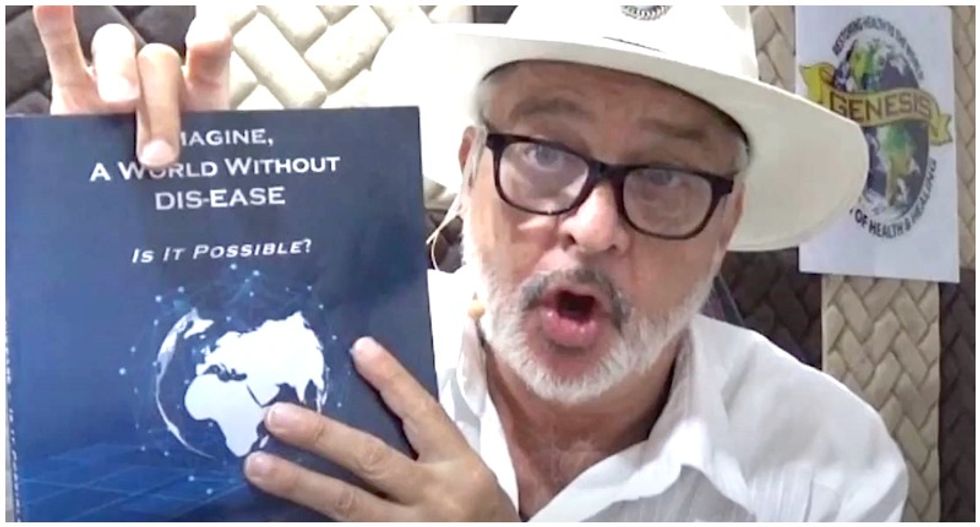 On Wednesday, The Daily Beast reported that a pair of Florida men who used a scam "church" to push people to drink bleach as a COVID-19 cure, have been arrested in Colombia.

"The father and son duo, Mark and Joseph Grenon, were arrested in Santa Marta for allegedly selling their 'Miracle Mineral Solution' across Colombia, the United States, and Africa," reported Madeline Charbonneau. "U.S. authorities conducted a raid in July on the Genesis II Church of Health and Healing, of which Mark Grenon is the leader, after Mark, Joseph, Jonathan, and Jordan Grenon were accused of selling the same bleach product as a coronavirus cure. The locations of Jonathan and Jordan Grenon remain unknown."

Miracle Mineral Solution, which is a highly toxic bleaching agent, is promoted by the "church" as transcending modern medicine and delivering divine healing directly from God.

"U.S. prosecutors say the church was created as a way of avoiding government regulation to sell their 'Miracle Mineral Solution,' which they have insisted is a cure to diseases including HIV and cancer," continued the report. "Federal authorities have evidence that drinking the solution has sent several to the hospital, and may have killed people."

In July, the Grenons were charged with conspiracy to defraud the United States and deliver misbranded drugs by the U.S. Attorney's office for the Southern District of Florida.