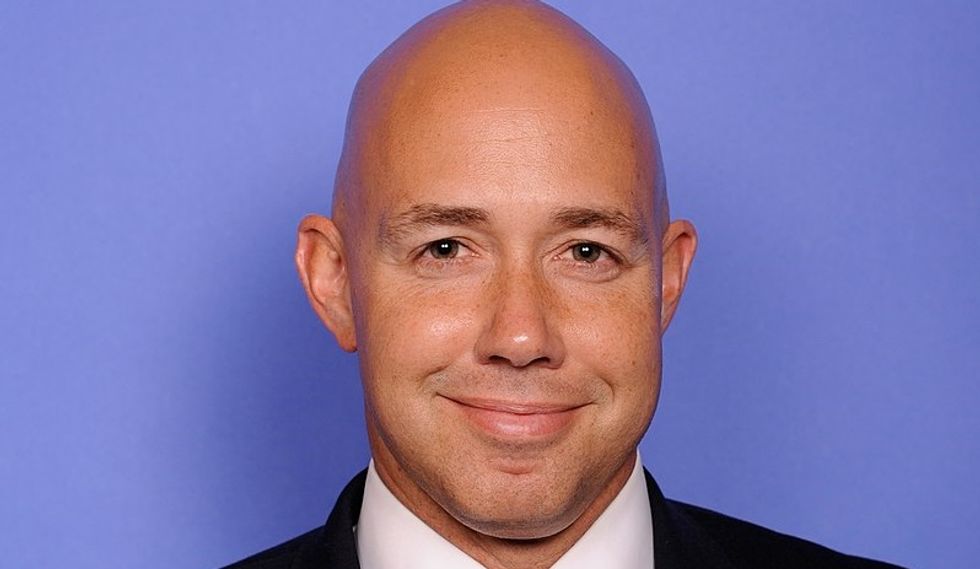 On Tuesday, the South Florida Sun Sentinel reported that Rep. Brian Mast (R-FL) joked about sex with 15-year-old girls on Facebook with a friend.

"One of the comments involves a Feb. 23, 2009, photo of a bar outing posted by Rocco LeDonni, who is now Mast’s campaign manager. The photo was taken during LeDonni’s vacation to South Africa," reported Skyler Swisher. "Mast commented, 'im so proud of you... i hope you hook up with at least fifteen 15 year olds over there.... its legel there right.'"

"Two years later, LeDonni asked in a May 20, 2011, post: 'Anyone have any good pick up lines for this weekend considering according to the crazy christian radio guy the world may end on sunday?'" said the report. "'How about don’t turn this rape into a murder,' Mast responded."

According to the Sun Sentinel, Mast has issued an apology for his comments. “A decade ago when I was in the Army, and following my injury, I made disgusting and inappropriate jokes that I am embarrassed to have associated with my name today,” he said. “I am sorry about that part of who I was, and I strive every day to be a better example for my kids.”

“This is disgusting, unacceptable and dishonorable behavior for any man, let alone a sitting member of Congress,” said Mast's Democratic challenger, former Navy JAG officer Pam Keith. “Rape, violence and intimidation of women and children are not Brian Mast’s punchline — his words are an insult and betrayal to the women he claims to represent.”

During a CNN panel discussion on Friday's controversial Supreme Court ruling that reversed Roe v Wade, conservative contributor S.E. Cupp predicted doom for the Republican Party for their part in taking away a right from women.

Speaking with hosts John Berman and Brianna Keillar, Cupp -- who claimed she is pro-life -- said the generations of women will remember which political party denied them their bodily autonomy.