Former Navy SEALS are embracing new far right-wing conspiracies — and the consequences could be lethal: report 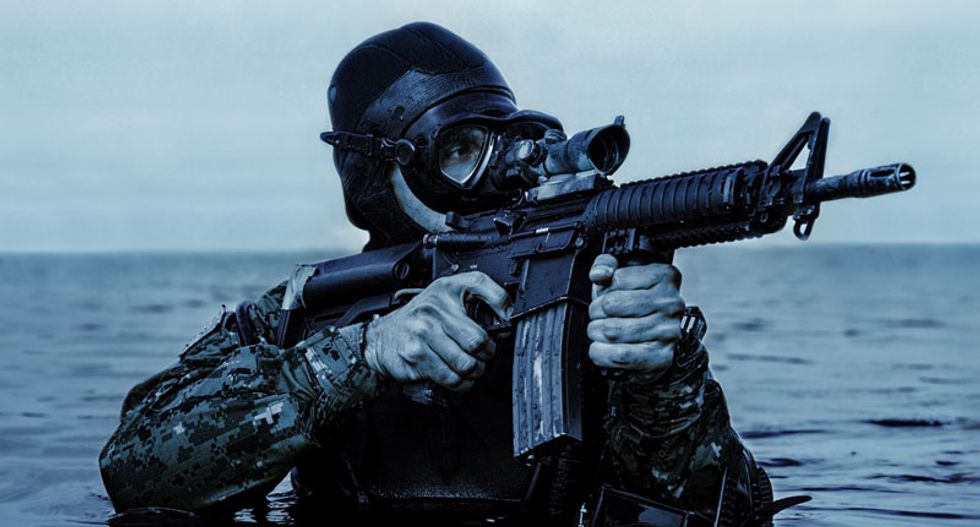 On Tuesday, The Daily Beast profiled former Special Forces troops who are gravitating towards the QAnon conspiracy theory movement — and the danger it poses.

"The larger online conspiracy community is sprawling—the top QAnon groups on Facebook, alone, count more than 3 million combined members, according to an internal Facebook investigation, NBC News reported last week," wrote Kelly Weill. "These theories sometimes overlap in membership, and encompass millions of other people, spanning a range of false claims like that vaccines cause autism to the idea that the world is flat. In a group that large, some will almost inevitably be military or veterans. But QAnon and related conspiracy theories like Pizzagate (both of which baselessly accuse Democrats of child abuse) seem to have an unusually high incidence among ex-SEALs. And some retired SEALs have been vocal in more explicit support for QAnon in particular, even if they have not been tied to the scene of alleged protest-related violence."

One such veteran, said the report, is ex-Navy SEAL Stephen Ralston, who served on SEAL Delivery Vehicle Team One and SEAL Team Three and now works as a private military contractor.

"On the Instagram for that podcast, and on his own Instagram feed, Ralston frequently uses QAnon hashtags, promotes Q videos, and posts about his interest in killing pedophiles," said the report. "Some of the Instagram memes specifically frame elite military as a force for 'Q,' the anonymous forum poster behind the conspiracy theory. One typical example, a picture that calls special operatives 'the teeth of the light,' promises that thousands of specially trained veterans are willing to use their skills if QAnon’s claims are validated. 'If any of the claims prove accurate, justice will be served one way or the other,' the caption reads, in part. 'We don’t forgive. We don’t forget.'"

"Ralston, who has not been accused of any conspiracy-related violence, told The Daily Beast he was unsure of QAnon’s popularity with former SEALs or any other group, and declined to otherwise comment for this story," said the report.

QAnon promotes the idea that President Donald Trump's enemies are running a world-spanning cabal of Satanic pedophiles, and that the president is working behind the scenes to take it down — with mass arrests and martial law imminent. It has already been linked to acts of political violence, and the FBI considers it a potential source of domestic terrorism.