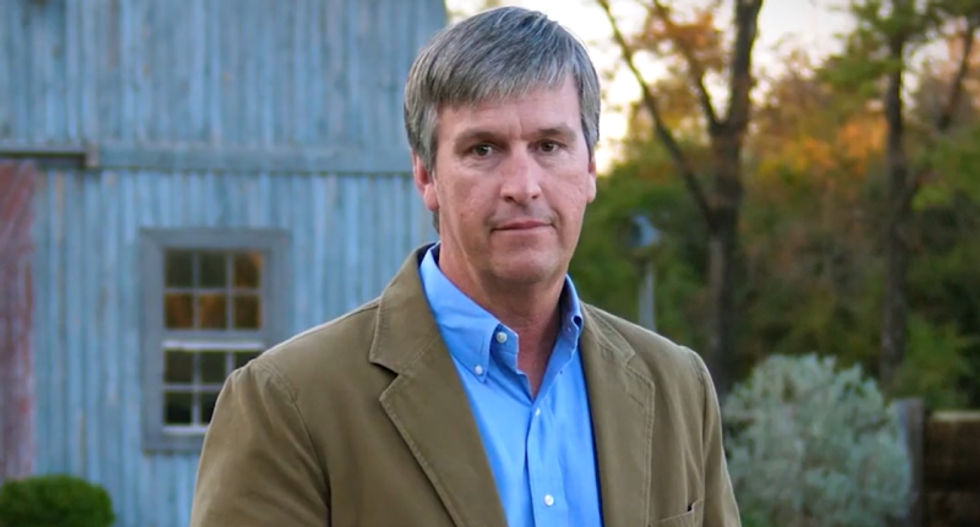 On Saturday, AL.com columnist Kyle Whitmire reported that Barry Moore, a Republican candidate for Congress in Alabama, posted an image on Facebook that appears to glorify Kyle Rittenhouse, the teenager charged with murder after he opened fire on Black Lives Matter protesters in Kenosha, Wisconsin.

The GOP nominee for the Alabama 2nd and almost certainly the November winner, Barry Moore, just shared this on his… https://t.co/o8bID8Kj6j
— Kyle Whitmire (@Kyle Whitmire)1598711143.0

A number of far-right personalities, like Ann Coulter and Michelle Malkin, have rallied behind Rittenhouse, claiming that he was acting in self-defense. Rittenhouse has now retained a team of right-wing activist lawyers to fight the charges, including Lin Wood, who also brought the libel suit for Covington Catholic's Nick Sandmann, and who has posted pro-QAnon content to social media.

Moore, a former Alabama state representative, has a controversial history. He was charged with perjury and false statements in 2014 in connection with a probe into then-Alabama House Speaker Mike Hubbard. Ultimately, Moore was acquitted of all charges, with legal representation facilitated by Hubbard himself, who went on to be convicted of felony ethics violations.

He is nonetheless likely to prevail in the race for the 2nd District, a heavily gerrymandered congressional seat that includes most of the southeastern parts of the state and a portion of the city of Montgomery.