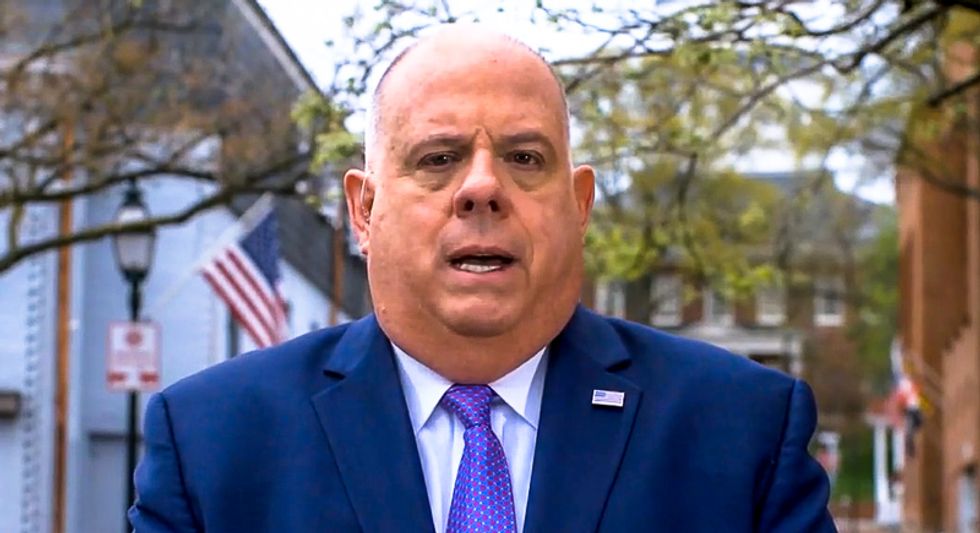 On Monday, The Daily Beast reported that Gov. Larry Hogan (R-MD) is overriding a local order from Montgomery County restricting private schools to operating online only, as a safety precaution against the coronavirus outbreak raging in the area.

"Hogan issued an emergency order Monday that said private schools’ reopening would be up to individual schools and not mandated by the state," reported Madeline Charbonneau. "'The blanket closure mandate imposed by Montgomery County was overly broad and inconsistent with the powers intended to be delegated to the county health officer,' Hogan said."

Montgomery County is a heavily populated, suburban county that borders Washington, D.C. According to the report, St. Andrew's Episcopal School, which is the school of President Donald Trump's son Barron, is one of the schools affected by the original order.