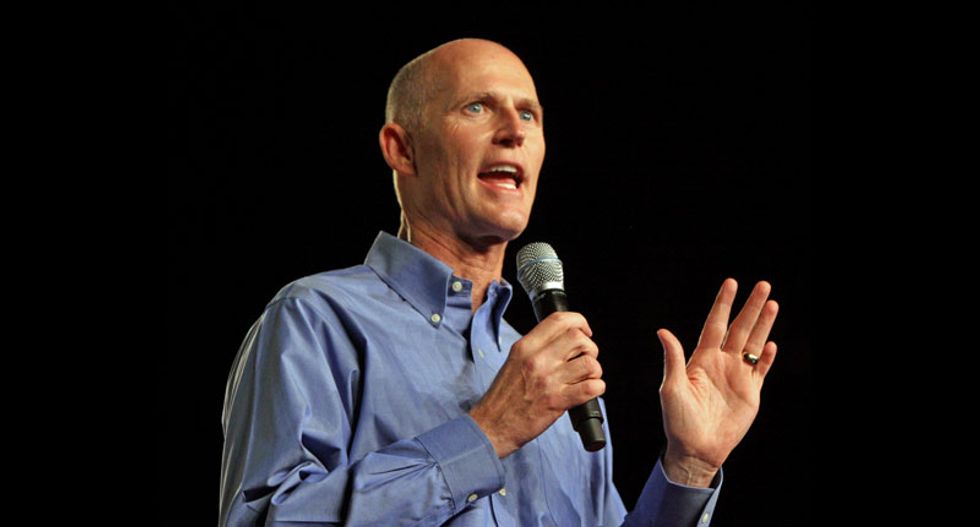 A former donor of Sen. Rick Scott (R-FL) says that he simply no longer recognizes the man whom he once helped get elected as Florida's governor.

In an interview with Newsweek, former Carnival Cruise Line CEO Bob Dickinson lamented how much Scott's attitudes toward immigrants have changed in the years after he started running for Senate as a Trump Republican.

"Rick Scott has had his soul surgically removed," Dickinson told the publication. "They're all whistling his tune. And they don't apologize for it."

However, Dickinson and other longtime Florida GOP donors are warning that the party's stance on immigration is going to make it increasingly irrelevant in the Sunshine State.

"The Republican Party has no future in Florida unless it starts reaching out more definitively to Latino groups and other immigrant groups," said longtime GOP donor John Rowe, who is also chairman emeritus of Exelon Corporation. "There's a real disconnect between hardened conservative voters and the economic needs of the state."

Mike Fernandez, a Florida health care executive and former Scott donor, similarly told Newsweek that the GOP's embrace of Trump is putting it at odds with what the country will look like in the coming years.

"As I see them turn their back on future voters, they're in fact turning their backs on the party," he said.