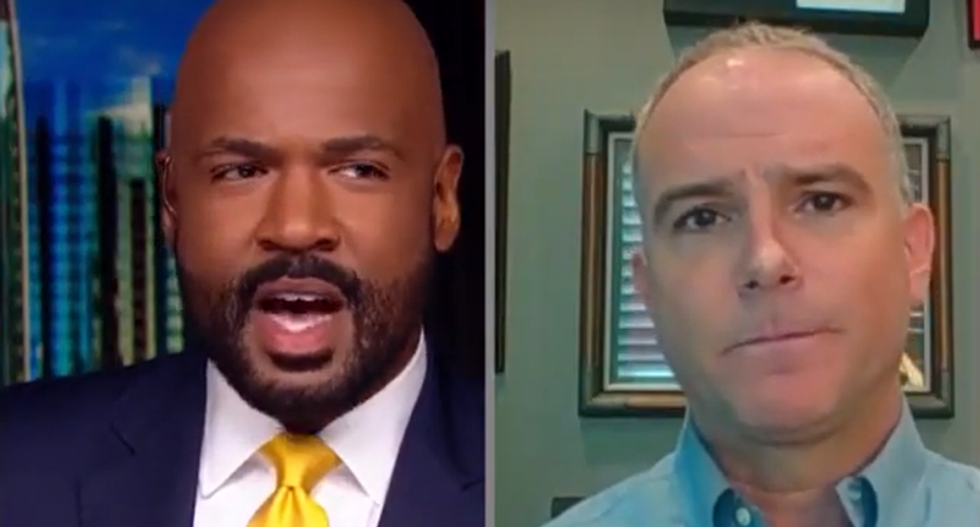 On CNN Saturday, Republican strategist Brian Robinson tried to claim the Democratic coronavirus stimulus proposal was a nonstarter because of deficit spending — and was immediately smacked down by anchor Victor Blackwell, who reminded him his party forced through a 12-figure unpaid-for tax cut for corporations and billionaires in 2017 over Democratic objections.

"$3.4 trillion dollars is where [Democrats] started. That's not a place we can start," said Robinson. "We have to fix our short-term problems. We've got to help people in need. We've got to help people not be evicted from their homes. Those are all important. But, it's not the only consideration. We already added $3 trillion to our national debt in the last few months. That's never happened in our nation's history. There is a limit to how much we can do. Republicans aren't pinching pennies, they're trying to use common sense."

"Brian, come on, all of a sudden Republicans are now fiscal conservatives, after the 2017 tax bill that put us back into trillion-dollar deficits far before the CBO originally projected?" said Blackwell.

"Let me ask you about spending, because one of the pushbacks from the president is that he doesn't want to fund all that Democrats think that cities and municipalities needed," added Blackwell. "And we had a guest on earlier who said something I thought was important. It's that local governments didn't budget for a pandemic, and that the federal government needs to step up. If the president is willing to bail out airlines and bail out cruise lines and bail out hotel industries, why not support cities so that police can keep their jobs and teachers can keep their jobs and trash can be picked up? Why push back on municipality support?"