Harry Reid warns of Trump's mental state on CNN: 'There's something wrong with that man -- he's getting worse' 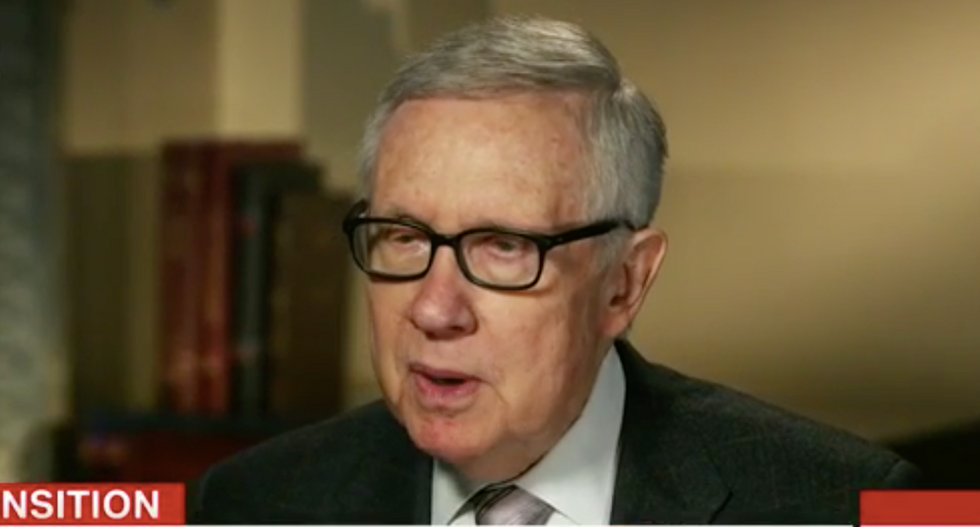 In an interview with CNN's Brianna Keilar, Reid was asked what to make of Trump's claims that the presumptive Democratic presidential nominee was "against God," despite being a lifelong Catholic.

"I think it's just so absolutely crazy," he said. "There's something wrong with that man. We keep -- I keep hoping that it will become more attuned with reality, but he's getting worse. Joe Biden's against God? That's kind of a stretch, I would think."

Reid also had some sharp words for the president's criticisms of his state's mail-in voting system.

"I'm happy that he singled Nevada out if he has a problem, because we have a system that's really, really good and has been proven so over the years," he said. "He's got a business here, maybe that's why he does it. He has the Trump Tower here. Maybe he needs a trip here to play golf or something, I don't know. But it's -- he's raising concerns that are nonexistent."