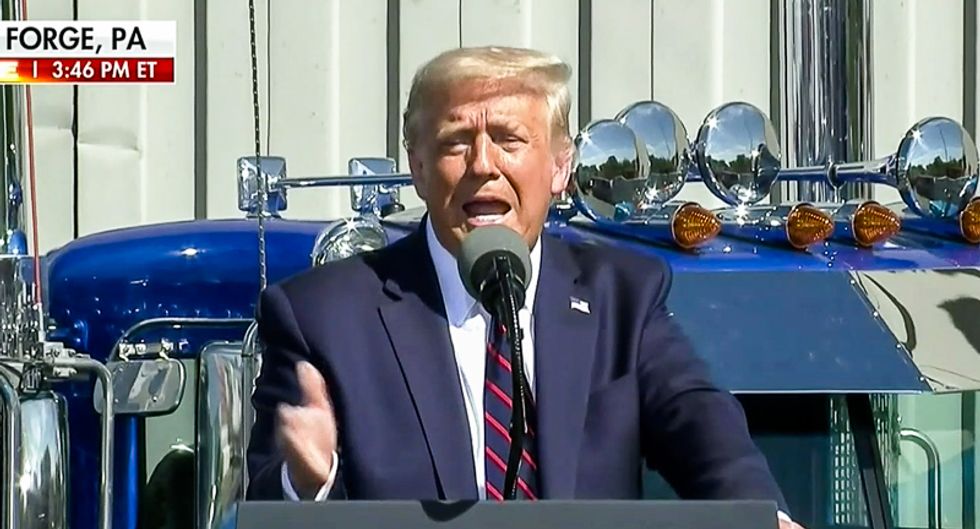 President Donald Trump claimed on Thursday that his rival Joe Biden was not born where the facts say he was born.

Trump made the remarks while holding a rally in Biden's birthplace, Scranton, Pennsylvania.