Heads chopped off Florida candidate and his Black wife's campaign sign: 'This is what the Klan used to do' 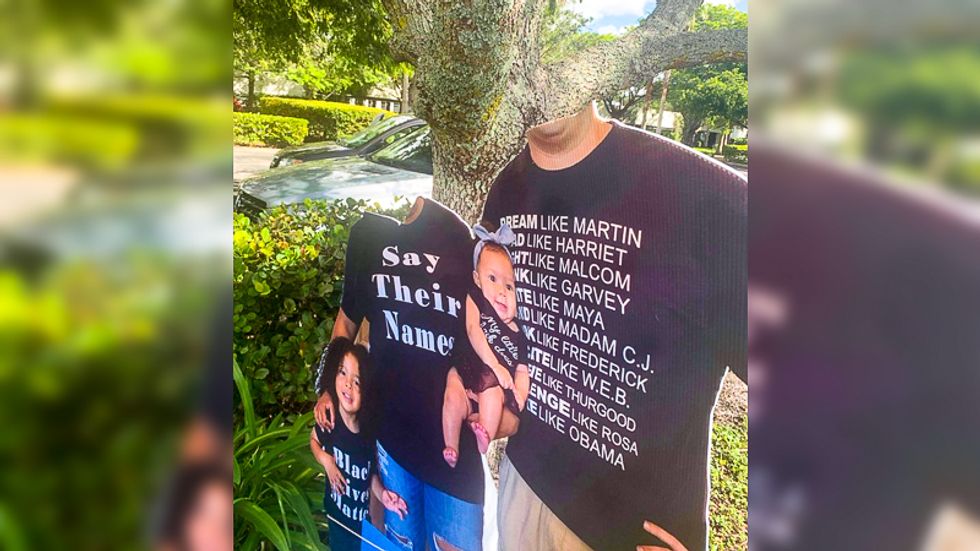 The head of a a Florida candidate for Broward state attorney was removed from his campaign sign along with the head of his wife.

According to the South Florida Sun-Sentinel, the heads were chopped off a life-sized campaign sign featuring Joe Kimok, who is white, and his wife, Jordanne, who is black. The cardboard heads were placed nearby on makeshift pikes.

The incident occurred at a West Regional Library early voting site over the weekend.

The campaign sign that was vandalized shows the couple wearing T-shirts that appear to be in support of the Black Lives Matter movement.

Broward County School Board member Rosalind Osgood blamed racism for the vandalism even though she is supporting a different candidate.

“It’s hate. It’s racist,” Osgood told the paper. “This is what the Klan used to do to Black people. We all know what it is. They can’t lynch people anymore.”

“The racism that’s in people’s hearts is really coming out and coming to the forefront today,” she added. “We all need to wake up and realize that our children deserve better.”