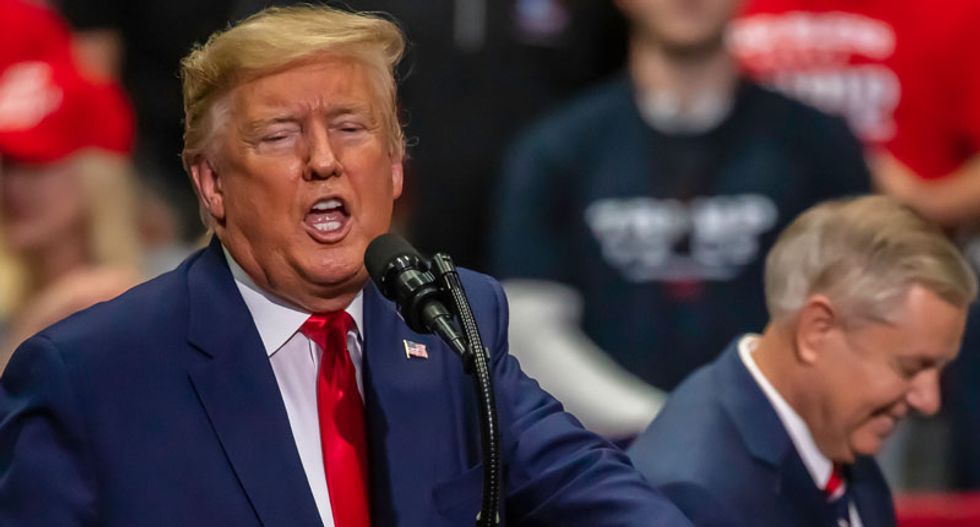 I have written several pieces about Donald Trump’s personality pathology. It is baked-in news now. The fact that the coronavirus pandemic is beating us up because of major blunders by Trump is beyond obvious. It is old news too. But what is much more worthwhile to talk about are the steps a competent president could have taken from the outset to defeat this pandemic.

Here’s what our commander-in-chief could have done:

First, he could have maintained the National Security Council pandemic response office;

Second, he could have gradually restored the diminished national stockpile of PPEs over the years;

Third, he could have followed the step-by-step pandemic playbook left to him by the prior administration;

Fourth, he could have heeded the first warning of a pandemic by governmental agencies in early January;

Fifth, he could have fully warned the American people about the pandemic in a national TV address in early January;

Sixth, he could have made Dr. Anthony Fauci the leader and mouthpiece of our national response team;

Seventh, he could have shut down the country completely for six to eight weeks early on;

Eighth, he could have followed the CDC guidelines about opening up the state economies; they suggested that each state have 14 straight days of decreasing numbers of infection before beginning the first stage of opening the economy;

Ninth, he could have made mass national testing and contact tracing a top priority in January;

Tenth, he could have mandated mask-wearing and social distancing from the very beginning;

Eleventh, he could have fully invoked the Defense Production Act in January so that the federal government could have taken the lead in manufacturing and distributing PPEs and testing kits;

Twelfth, he could have had Dr. Fauci lead the daily televised press briefings;

Thirteenth, CDC recommendations could have been followed closely;

Fourteenth, he could have made sure that Congress passed an adequate economic assistance package for furloughed and unemployed citizens as well as small businesses;

Fifteenth, the opening of schools could be based on strict infection criteria, not a political decision.

Finally, he could have been a role model for the country in mask-wearing and social distancing.

This list of steps is not meant to be comprehensive or exhaustive. But it does make the point that many significant interventions were available to President Trump. For whatever reasons, he decided to deny the pandemic and to resort to conspiracy theories, magical thinking, lies, misinformation, scapegoating, and gaslighting. He took the gamble that the virus would die out on its own, despite being told otherwise by all public health experts. The trouble is, Trump was gambling with American lives, and he has lost the gamble. The result: 167,000 Americans have died so far on his watch.

America is paralyzed with fear and confusion because it is still facing an uncontrolled and uncontained virus, regardless of what Trump asserts. He insists on living in an alternative universe with a false narrative. He speaks and acts as if the virus is dwindling and soon to be extinguished. Nothing could be further from the truth.

Time has run out for Donald Trump. He has squandered his opportunity to be a hero. He could have gone down in the history books with the likes of Abraham Lincoln and FDR. Mount Rushmore is not in his future.

America desperately needs new leadership with a bold national plan of action. We need a president who can be proactive, assertive, smart, and compassionate.

It is not too late to defeat this pandemic. We can do it. We must do it.