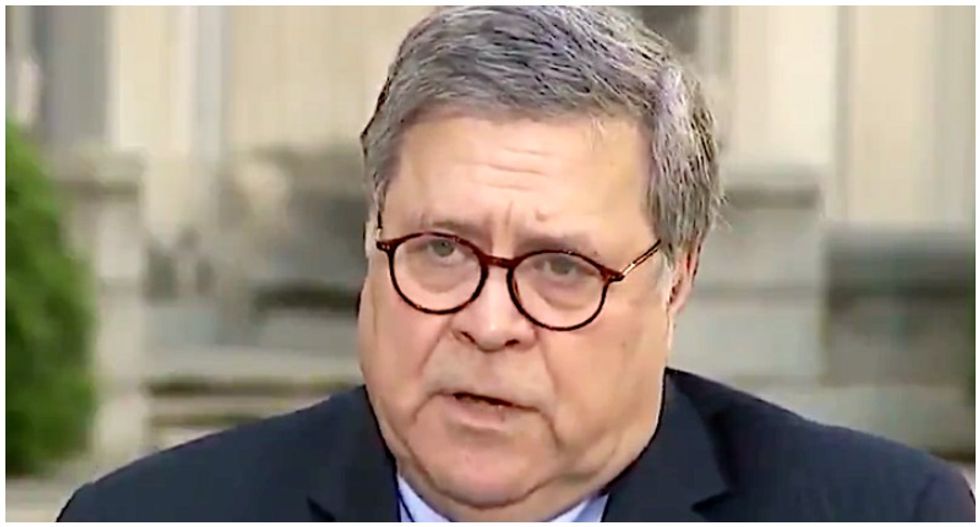 Donald Trump on Thursday publicly pressured Attorney General Bill Barr for his desired outcome of investigations into the origins of the FBI investigation into the president's contacts with Russia during the 2016 campaign.

“Bill Barr can go down as the greatest attorney general in the history of our country, or he can go down as an average guy. We’ll see what happens,” Trump said, clearly applying pressure.

MSNBC anchor Chuck Todd said Trump's public pressure means that Trump's desired outcome is no longer possible because nobody will trust the legitimacy of the results if they back up Trump's position.

"For what it's worth, with that statement right there the president just discredited the entire investigation because he's dictating an outcome," Todd noted.

"Nothing will be believed through partisan lenses, this is a huge blow to whatever investigation folks hope to be legitimate, the president's comments likely just delegitimized it," Todd explained. "He intends to use the power of the federal government to help him win even if that means disrupting the mechanics of this election."

The investigated is being led by Connecticut U.S. Attorney John Durham.

"He definitely may have done a favor for whoever Durham was investigating on that front," Todd concluded.