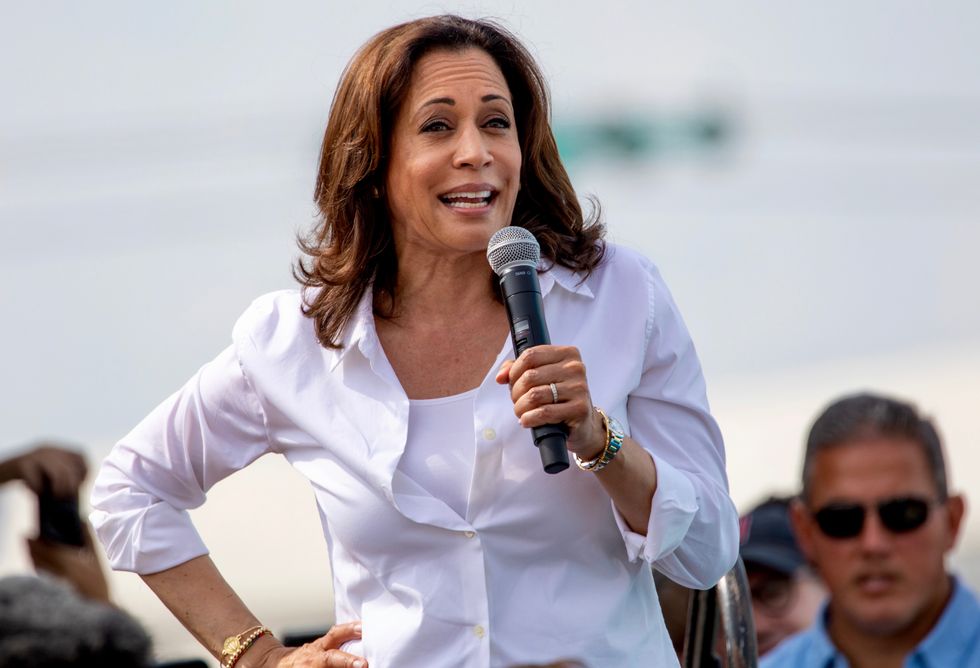 Joe Biden picked Kamala Harris as his running mate. The first thing we should say is that running mates almost never matter. They have very little effect on voter behavior, because voters usually just don’t care. Indeed, in the age of Donald Trump, they might care even less. Many people who are going to vote for Biden aren’t really voting for him. They are voting against the president, which means Biden is a secondary thought, which means his running mate is a tertiary thought, if Americans are thinking about vice presidents at all, which is unlikely, given how inconsequential they have been.

Consider, then, who Harris appeals to. It’s not voters who are already anti-Trump. As long as Biden didn’t pick Tulsi Gabbard or Marianne Williamson, they were going to support the Democratic nominee no matter who he picked. For voters who want things to go back to normal, presuming that’s possible, Harris turns out to be the “predictable” and “safe” choice according to nonpartisan analysts and people like David Axelrod, who habitually scolds the Democratic Party for being too liberal. Barack Obama’s advisor wrote today: “In the end, Biden seriously considered others but returned to Harris as the ‘do no harm’ candidate, unlikely to thrill or outrage many. She may not seem the most comfortable fit as a governing partner, a quality Biden said he was seeking, but Harris was viewed as the safest pick to win in November.” Put another way, Harris isn’t going to affect the minds of anti-Trump voters much.

A word about Never-Trumpers. They make up a small percentage of the total anti-Trump vote. Most mean it. Some, especially some conservative pundits claiming a principled stand against the president, don’t. What they want is a Democratic Party that’s GOP-lite. What they want is a credible reason to vote for Trump without losing the credibility they have amassed in a media landscape rewarding claims to taking a principled stand against him. After news broke about Harris, some of them made it known on Twitter that Harris being heartbeat away from the presidency was too much for them, because of the usual racist reasons. To them, she isn’t a “do no harm” pick, because any pick would “do harm.” Now the choice for them is between voting for the president or not voting at all. Let’s hope they double your vote by staying home.

Harris might be “unlikely to thrill or outrage many,” as Axelrod said, but that presumes an electorate that will be the same size it’s been, which is another way of saying mostly white. It’s here that the assertion that vice presidents don’t matter starts to break down. They don’t matter when all electorates are equal. They do matter when electorates aren’t. Listen to how CNN commentator Bakari Sellers put it to the San Francisco Chronicle before Biden’s announcement: “It’s not about getting those super-voters to the polls—those super-voters, they’re going to go the polls,” the author of My Vanishing Country said. “But what you want my mama to do is, you want my mama to be on the phones, out in her community getting people to the polls, engaging her sorority. You want them to be active participants, and that’s what Kamala brings.”

Harris is a “do no harm” choice for white voters already set to vote for Biden. But a biracial daughter of immigrants who self-identifies as Black is more than “safe” for nonwhite voters like Bakari Sellers’ mom. It’s these voters who have the power to expand the electorate, thereby fueling a landslide victory, which may be the only thing that can force the president out. Harris isn’t just “the perfect antidote to Trump’s anti-immigrant, anti-Black, xenophobic attitudes,” as USA Today’s Jill Lawrence and David Mastio wrote this morning. Like Obama, she is large and contains multitudes: progressive and moderate, safe and aspirational, conventional and inspirational. By choosing her, and promising that she’ll govern as his equal, Biden is signalling to that part of the electorate that has never been represented by a presidential candidate that the time is soon coming when a Black woman will be president—if and only if you do everything in your power to get everyone you know to go vote for me and Kamala.

A final word. Liberals and Democrats observed this morning that the president and his allies can’t land a punch on Harris. Some say it’s because she’s a “strong women.” I don’t think that’s it. They are not attacking Harris so much as trying to bring back white voters who don’t want to vote for a racist (because they don’t think of themselves as racists) but will if Trump can show Biden and Harris are as bad or worse than he is. Ari Fleischer, the former White House press secretary, was on Fox this morning. He said Harris “is just not that historically exciting to African Americans.” Others say she’s not really Black (her mom is Indian and her dad is Jamaican). The message to reluctant white voters: anti-racism is worse than racism. Come home to the GOP so the president can protect you. If this looks despicably cynical, that’s because it is. It probably won’t work, though. While Biden and Harris are expanding the electorate, the president and his allies are chasing after a base of power that’s getting smaller.