‘Hold on a second’: MSNBC’s Stephanie Ruhle stunned as Republican tells her USPS problems are ‘fake’ 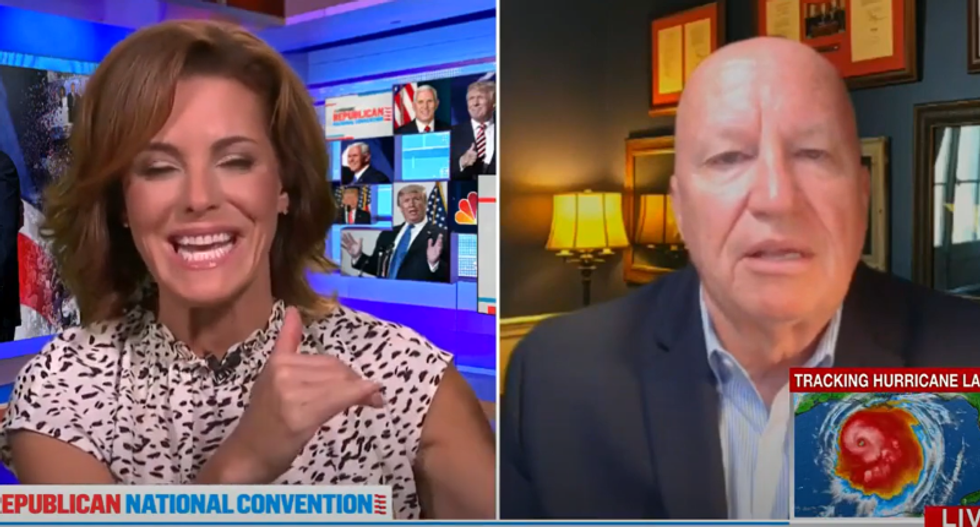 On MSNBC Wednesday, anchor Stephanie Ruhle clashed with Rep. Kevin Brady (R-TX) after he tried to claim that the slowdowns at the Postal Service are "fake."

"You know, I was really disappointed that our small businesses, our unemployed workers were just ignored for Congress to rush back for a fake Post Office crisis that didn't exist," said Brady, a former House Ways and Means Committee chairman who was instrumental in writing the GOP corporate tax cut bill. "Meanwhile, look, I will tell you, our small businesses—"

"Excuse me, Congressman ... a fake postal crisis?" said Ruhle. "We see images from postal facilities in the state of Texas that are in crisis. Would you say it's made up to veterans who aren't getting their prescriptions on time? Do you think it's made up?"

"I do, absolutely," insisted Brady. "As far as the Post Office is working, as they've made it clear, they can easily handle the mail-in balloting process. They have $14 billion in the bank, solvent through next year. They are going through a bipartisan reorganization that, by the way, has some glitches and needs to be addressed. But, yeah, I find it offensive that our small businesses and unemployed workers basically have been ignored by Speaker Pelosi while we go rushing back to Washington for the Post Office. I'll just tell you, I think—"

"Hold on a second, sir," said Ruhle. "Wouldn't you say she did that, what was it, six weeks ago with the HEROES Act, that provided way more support for small businesses, and it was Republicans who wouldn't sign off on it, sir?"