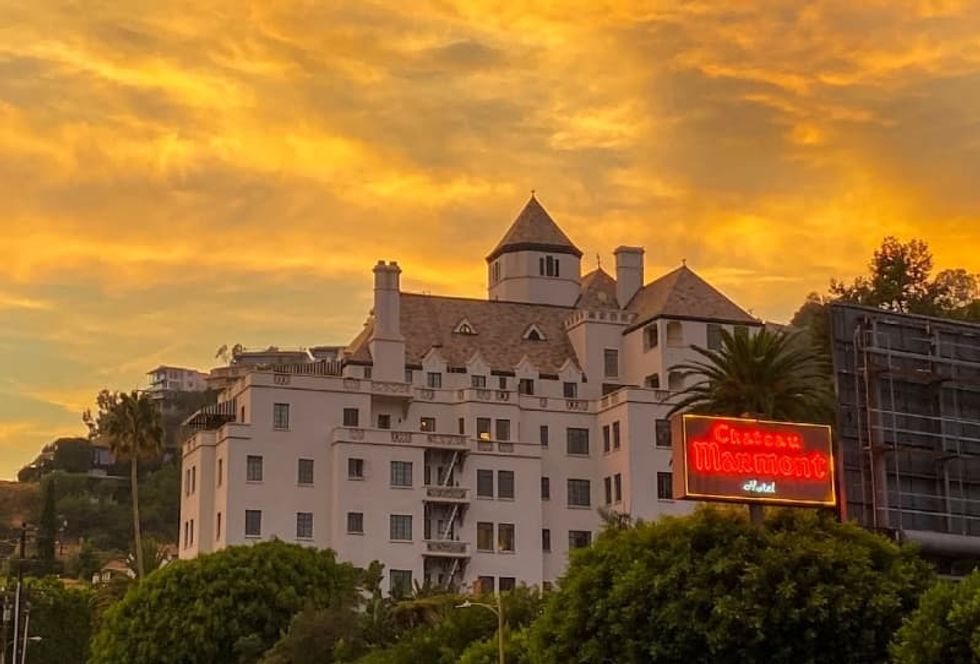 Los Angeles (AFP) - For nearly a century Chateau Marmont has been an adopted home and playground for Hollywood's elite, discreetly hosting sophisticated Golden Age icons and raucous Brat Pack celebrities. Etched into Tinseltown folklore, it is where James Dean crashed director Nicholas Ray's bungalow to bag the lead in "Rebel Without a Cause," Jean Harlow and Clark Gable allegedly conducted a torrid affair, and comedy legend John Belushi died of a tragic drug overdose. More recently, the imposing Gothic hotel perched above the famous Sunset Strip has become a hub for swanky showbiz parties, from...