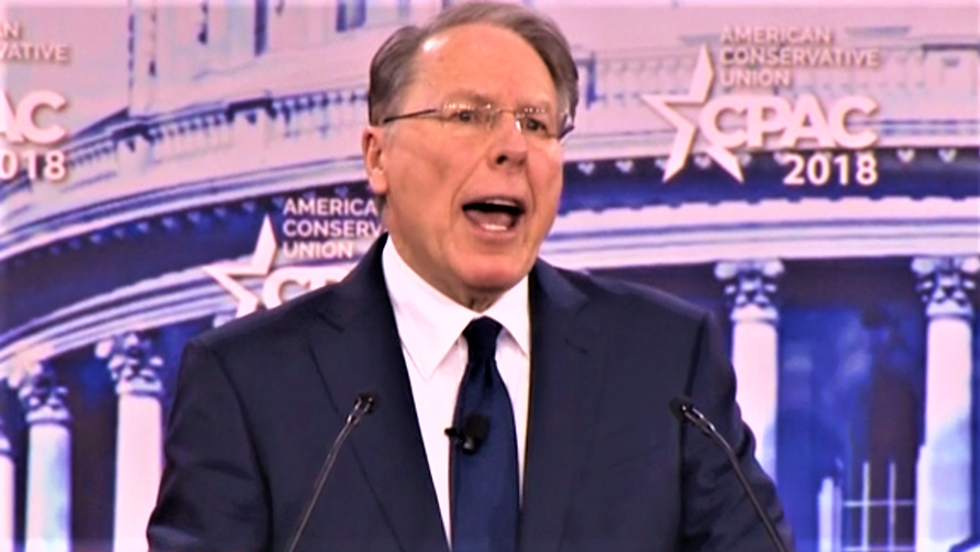 It was announced this week that the New York attorney general is filing a suit against the National Rifle Association over fraud and saying that they must close down. It's a case that was part of an 18-month investigation that revealed the gun lobbying group is "fraught with fraud and abuse." Now, the NRA is faced with trying to convince the public that they're still relevant.

Bloomberg reported Friday that the lavish spending on clothing for the group's CEO, internal disputes, and questions about foreign donations are all crashing together just in time for the 2020 election. After spending millions to elect President Donald Trump, the NRA now struggles with its credibility.

"The timing of the lawsuits is inauspicious," the report said. "With the presidential and congressional elections scheduled for November, the non-profit faces a variety of challenges to raise money and cover mounting legal expenses. And its longstanding leadership is being attacked by New York State."

Republicans who accept money from the group may face questions about the corruption and illegal behavior at a time the GOP is struggling to hold onto whatever seats it has left.

"It will diminish its direct influence because they're going to have to be in defense mode," said Daniel Kurtz, an attorney representing non-profit groups.

Bloomberg explained that GOP politicians, from Trump all the way down the ballot, have a lot to lose this election. "In past elections, the Republican party has benefited as the NRA energized its base, got people to the polls, and funded its campaigns," said the report.

The group has pivoted from defending the GOP to defending itself amid legal battles, telling supporters that they are under attack by New York. They've already attempted to counter-sue Attorney General Letitia James in federal court, saying that she's attempting to violate their First Amendment rights. However, the First Amendment doesn't cover the right to commit fraud, so it's unclear how successful the counter-suit will be.

"The NRA also accused James in the lawsuit of colluding with Everytown for Gun Safety," the report said. "Carolyn Meadows, the NRA's president, called James's suit a baseless, premeditated attack on the Second Amendment that was timed to have maximum impact during the election cycle."

"You could have set your watch by it: the investigation was going to reach its crescendo as we move into the 2020 election cycle," she said. "It's a transparent attempt to score political points and attack the leading voice in opposition to the leftist agenda."

The Center for Responsive Politics says the NRA has only spent a little over $900,000 for the election and has about $3.6 million reserved in advertising. It's a far cry from the $419 million the group spent in 2016.