'I regret it': Republican C-SPAN caller tells RNC spokesperson she won't cast another vote for Trump 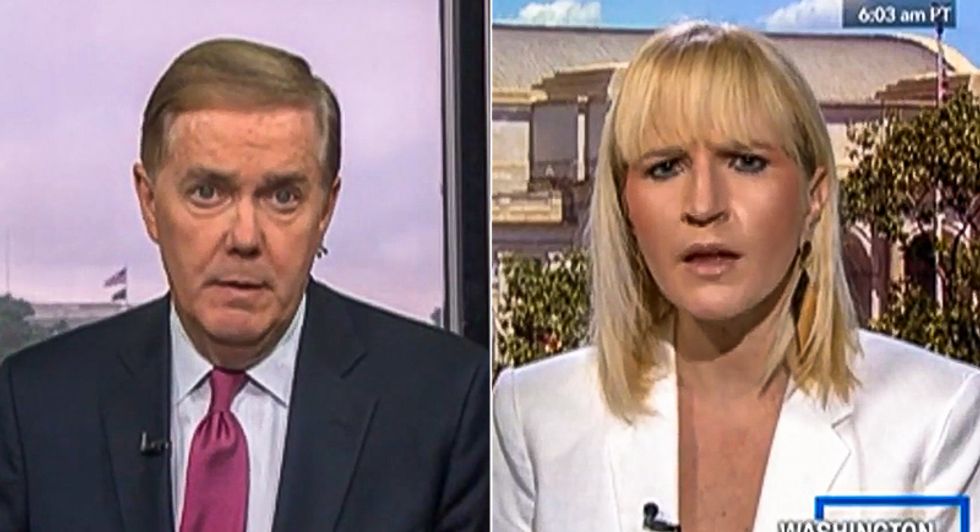 A Republican voter explained to RNC spokesperson Elizabeth Harrington on Sunday why she no longer supports President Donald Trump because of his response to COVID-19.

During an appearance on C-SPAN's Washington Journal program, a woman from Texas named Rosie admitted that she had voted for Trump in 2016.

"I feel right now that this young lady, Elizabeth, isn't strong enough and knows enough to defend a Republican Party," the woman said. "I did vote for Mr. Trump and, afterwards, I regretted it. Because in the beginning, if she pays attention... he has done lots of mistakes."

Rosie pointed out that Trump had bragged that he could shoot someone on Fifth Avenue without repercussions.

"Here in Texas, he doesn't have to come and shoot nobody," she said before slamming the president's response to COVID-19.

Harrington disagreed: "The media has not given the president a fair shake in this at all. We know this is a unique situation that happened and we know who's to blame. It's a commmunist regime in China that lied to the world, they covered it up."

The RNC spokesperson praised Trump for "shutting down travel" despite evidence that thousands of people entered the country following the so-called "ban."

"President Trump said it so well," she insisted. "Where Joe Biden and Kamala Harris see darkness, we see American greatness."