'I’d be shocked if they can put together four nights without a major catastrophe': GOP aide says of Trump's convention 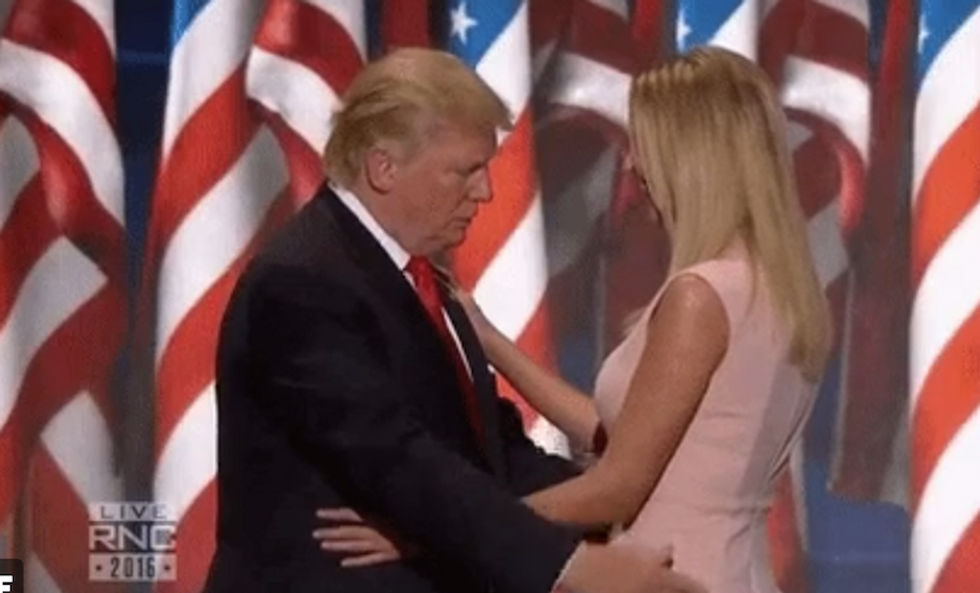 Politico's Nan Cook spoke with Republicans who still have no idea what's going to happen at the GOP convention next week.

“We had four weeks to plan this thing,” Cook cited a person aware of the RNC's organizing efforts. “Caressing everyone’s hair in the process goes by the wayside.”

The comment may be an insult about President Donald Trump, who is frequently mocked for his lavish comb-over. Trump has also been blamed for being a hitch in organizing because he keeps changing his demands about what he wants.

Florida Lt. Gov. Jeanette Nuñez didn't know as of last week where she was speaking from, the White House or Florida. Massachusetts GOP chair Jim Lyons didn't know whether the convention would be virtual or in person.

"It’s like planning a wedding and having to move at the last minute, and all that can go wrong or right in something like this. But I’m sure they’ll have everything worked out. I don’t really know what the rest of the week will look like as far as programming,” said former Rep. Lou Barletta (R-PA), an ally of Trump's.

“There’s just been very little communication with Republican officials and their staffs,” Cook cited one Republican congressional aide. “There doesn’t seem to be much of an organized surrogate plan. I’d be shocked if they can put together four nights of programming without a major catastrophe.”

Meanwhile, Rep. Blasie Ingoglia (R-FL) tried to pretend it was completely normal for no one to know anything about what they were doing or saying, where it would be, how it would go, and other details.

“That is how Trump operates,” said Ingoglia. “He loves the big reveal. I think that’s what you are seeing here.”

Many GOP leaders don't want anything to do with the GOP convention with the president's poll numbers as low as they are. So, Trump decided to borrow the idea from Democrats, and find supporters of the president's who were touched by anything empathetic or thoughtful he did that impacted them.

“The convention in Charlotte is really only going to last a day or two,” said one Pennsylvania Republican operative. “It’s not a hell of a lot that’s going to go on.”

Unlike the Democratic Convention, which featured tributes to postal workers, first responders, nurses and doctors, teachers and others, Politico said the GOP event will remove what they called "mundane tasks." Trump's event "will be all about Trump, his supporters, his accomplishments and his vision for a second term — including the way another four years under this leadership contrasts with Biden, and all with his showman’s flair."

GOP delegates won't attend the speech at the White House or Charlotte.