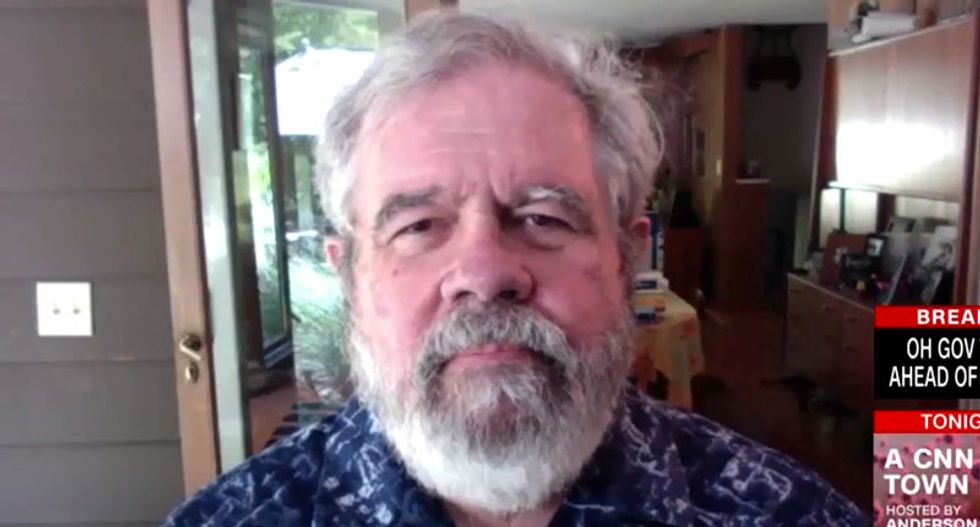 Pulitzer Prize-winning reporter David Cay Johnston appeared Thursday on CNN, where he explained when he believed President Donald Trump would be indicted.

After receiving a subpoena from New York prosecutors last year, Deutsche Bank reportedly handed over detailed records about their dealings with Trump, according to the New York Times. The subpoena indicates that the investigation of Trump's family business is more expansive than previously thought.

"Prosecutors already have the basic tax information on Donald Trump. Your state tax return is virtually identical to your federal return, and the IRS shares tax information with the state," Johnston explained to CNN host Brianna Keilar.

"What they don't have are the business records of the Trump Organization, the accounting records that they've been fighting for from Mazars USA -- Trump's accounting firm -- including drafts of tax returns and instructions by Trump, and the banking records. Once they have all of those records and can present them to a grand jury, I would anticipate you'll see Donald Trump indicted."

"Where would it go from there?" Keilar inquired.

"Once the grand jury hands up an indictment, there will be a specification of charges," Johnston said. "So we won't actually see, for example, the banking records. But the indictment will contain specific information, it's alleged that the defendant did the following act on the following date or time period. So we'll see some outline of what's involved. The next thing we are most likely to see is something leaked from the defense."