Is staying out of jail Trump's real motive? 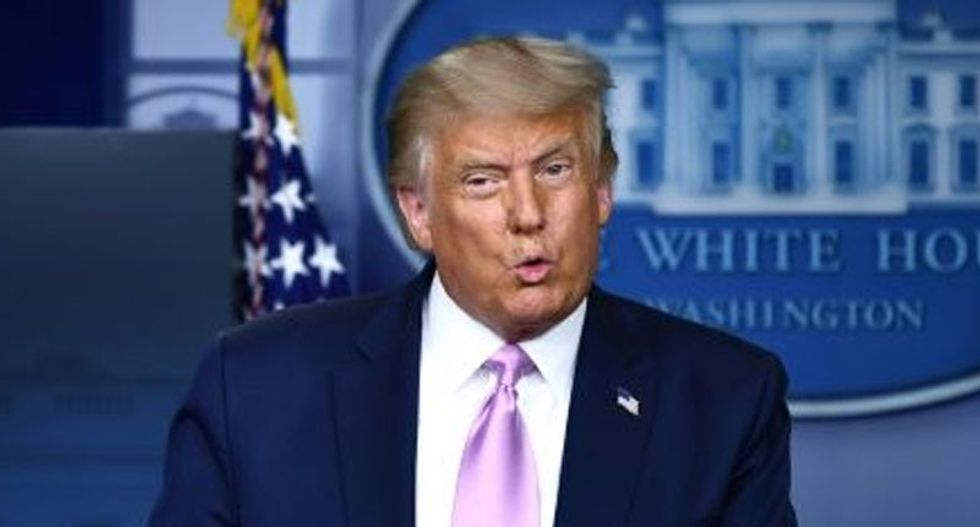 You have noticed that Donald Trump surrounds himself with crimes and criminals. His first campaign manager was arrested for battery. His second was convicted and jailed for crimes related to Robert Mueller’s investigation into Russian interference in the 2016 election. His third campaign manager, Stephen Bannon, was detained and indicted this morning on a charge of defrauding donors to his charity. (This is, of course, just a trio from the orchestra of reprobates found among Trump’s “friends.”)

According to a press release by US attorneys in New York City, “Bannon and another organizer of the campaign, Air Force veteran Brian Kolfage, claimed that they would not take any compensation as part of the campaign, called We Build The Wall, but that was a lie. Bannon, prosecutors alleged, received more than $1 million through a non-profit he controlled, and Kolfage received more than $350,000,” the Post reported.

Bannon’s indictment came a few days after we learned that the US Senate Intelligence Committee referred him to the US Department of Justice for possible criminal investigation. The panel released Tuesday its fifth and final bipartisan report with facts pretty much confirming that Trump, when a candidate, cheated by asking for and getting help from Vladimir Putin’s operation to sabotage Hillary Clinton’s candidacy. According to reporting by the Post, the committee “reserved its harshest allegations for the president’s former chief strategist, Stephen K. Bannon, former campaign co-chair Sam Clovis and private security contractor Erik Prince, saying it had reason to believe all three had lied to congressional investigators—a potential felony.”

As this was happening, a judge this morning rejected Trump’s bid to block Manhattan’s district attorney from accessing his federal tax returns. The court dismissed Trump’s claim that Cyrus Vance “had embarked on a politically motivated fishing expedition, saying in his decision that ‘established judicial process’ did not ‘automatically transform into an incidence of incapacitating harassment and ill-will merely because the proceedings potentially may implicate the president,’” the Times said. The president is almost certain to appeal the case all the way to the Supreme Court.

I have no idea if Bannon is going to talk. I have no idea if the president is going to protect him the way he protected Roger Stone (Trump commuted his sentence). I am not a legal expert. I have no prosecutorial insight to offer. I’m here to point things out for the benefit of normal people trying to make sense of politics. If you put all this and more together, you have to ask yourself honestly: what is the real reason the president wants reelection? It’s not because he likes the job. It’s not because he likes governing. I’m not even sure he likes the attention. It’s looking more like a way to stay out of jail.

Barack Obama spoke last night at the (virtual) Democratic National Convention. He talked about what he always talks about, wrote Jonathan Bernstein: “the challenges of American democracy, the collective enterprise of overcoming those challenges, and how the long struggle for equality by Black Americans is central to all of that.”

But he left his most acute criticism for his successor’s work ethic. “I did hope, for the sake of our country, that Donald Trump might show some interest in taking the job seriously; that he might come to feel the weight of the office and discover some reverence for the democracy that had been placed in his care,” Obama said. “But he never did. For close to four years now, he’s shown no interest in putting in the work; no interest in finding common ground; no interest in using the awesome power of his office to help anyone but himself and his friends; no interest in treating the presidency as anything but one more reality show that he can use to get the attention he craves.”

Setting aside Trump’s legal problems, that’s one way of looking at it. Centering his legal problems, however, makes his work ethic seem secondary to criming and doing everything he can to prevent others from holding him responsible for those crimes. No one knows what’s in his tax returns, but given the years’ long defense, using every tool available to the person running the United States government, it must be something big. It’s only a matter of time before the truth comes to light. It might be true that presidents can’t be indicted. Presidents aren’t presidents for life, though. A new Justice Department won’t sit on criminal referrals the way US Attorney General Bill Barr is. Nor is a new attorney general going to protect a former president’s tax returns. At some point Donald Trump is likely to face ruin, and everything he’s doing now might be interpreted as desperate efforts to delay and bargain with the inevitable.