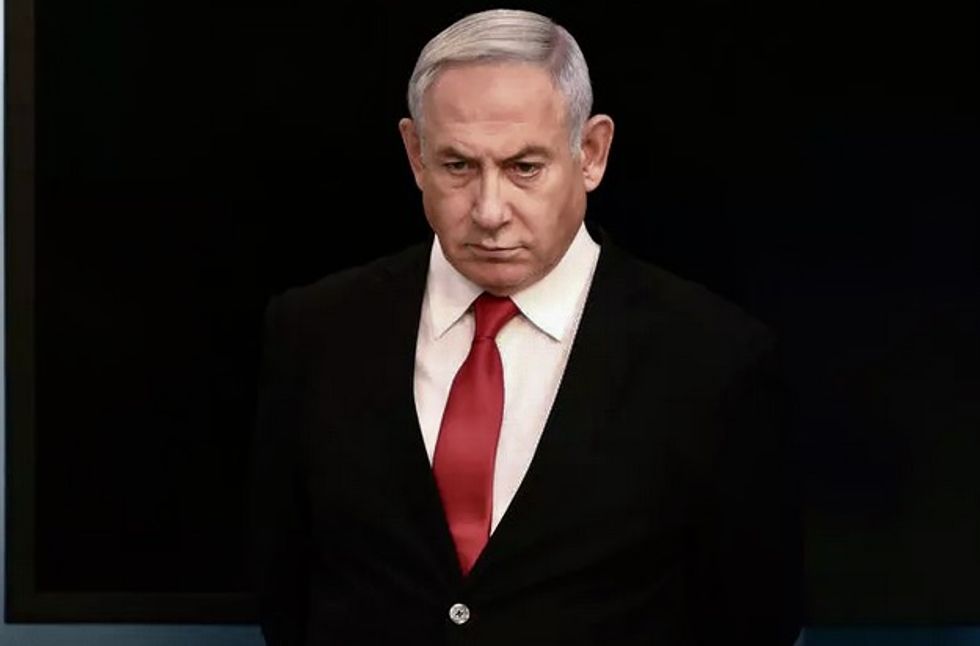 In a vote that highlighted the fragility of the premier's coalition, Wednesday's bill, proposed by opposition leader Yair Lapid, was defeated 53-37. Members of the Blue and White party, who are part of the coalition, abstained.

Talk of a snap election is already widespread, just three months after the current government was formed.

Netanyahu is on trial for bribery, fraud and breach of trust. He denies wrongdoing.

Israeli law does not force a prime minister to step down after being indicted.

Lapid argues that the only reason no such law exists is because it was previously inconceivable that a prime minister facing criminal charges would insist on remaining in office.

The opposition asked Blue and White, led by defence minister and alternate premier Benny Gantz, to support its proposal.

Gantz, who challenged Netanyahu in three straight elections before joining him in a unity government, campaigned aggressively against Netanyahu's alleged corruption.

"Our fundamental position on the subject hasn't changed and won't change," Blue and White said in a statement on the propriety of an indicted premier in office.

But it described Lapid's decision to introduce the measure as "simply and purely an attempt to destabilize the entire political system".

Netanyahu's right-wing Likud party had said that Blue and White's support for the bill would sink the coalition.

"If Blue and White votes for this law, there will be elections," Likud lawmaker Miki Zohar said this week.

Ahead of the vote, the prospect of a fourth Israeli election in less than two years was met with widespread condemnation.

"In the throes of one of the most severe crises in the nation's history (caused by the coronavirus pandemic) we are choosing to do everything to prevent elections," Blue and White said.

Gantz's refusal to back the opposition bill has neutralised one threat to the coalition's survival, but an unresolved budget impasse could still force another election.

Gantz has demanded that the government agree a two year budget to provide stability, as outlined in his coalition agreement with Netanyahu.

The prime minister says he prefers a one year budget, given the difficulty of long-term planning during an unprecedented pandemic.

A deadline of August 25 had been set to agree a budget or dissolve the government, but a proposal to extend that deadline by 100 days passed a preliminary reading in parliament on Wednesday.

It must pass three more readings before becoming law.