‘It doesn’t look good for him’: Fox News analyst explains why Steve Bannon is ‘facing 20 years’ in jail 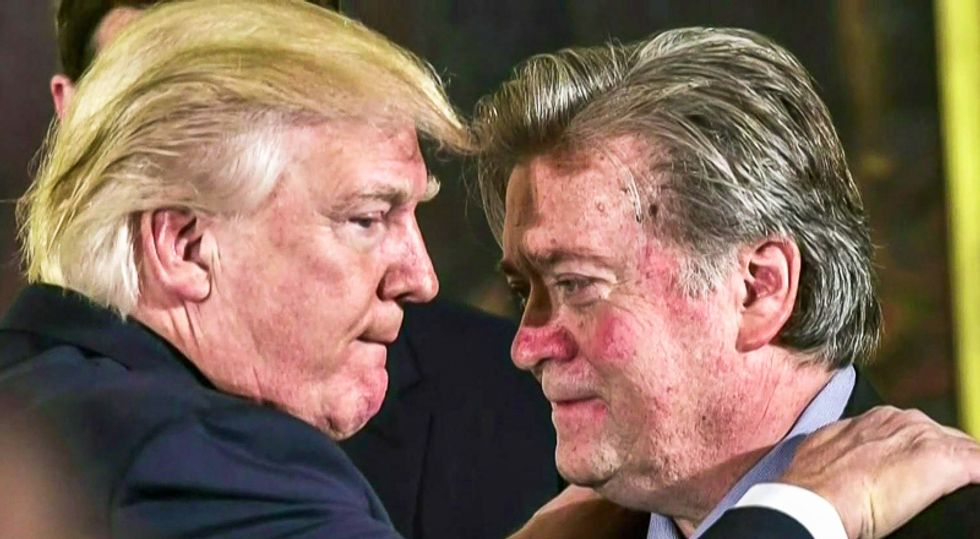 Fox News judicial analyst Andrew Napolitano said on Thursday that former Trump campaign adviser Steve Bannon could spend up to 20 years in jail if the government's case against him holds up.

Following Bannon's arrest, Napolitano spoke about the allegations that Bannon defrauded donors through a charity that raised $25 million to build a border wall.

"They are facing 20 years each," he continued, "for the money that they paid themselves in defiance of their promise not to do so."

Napolitano predicted that Bannon will defend himself by claiming he deserved to get paid because other charities pay their officials.

"Their use of the third-party charities to actually pay them -- so as to hide the payments from the donors and presumably from the government -- is an effort to cover your trail," the analyst noted. "Because they knew they had misled the donors."

"It doesn't look good for him right now," Napolitano added.