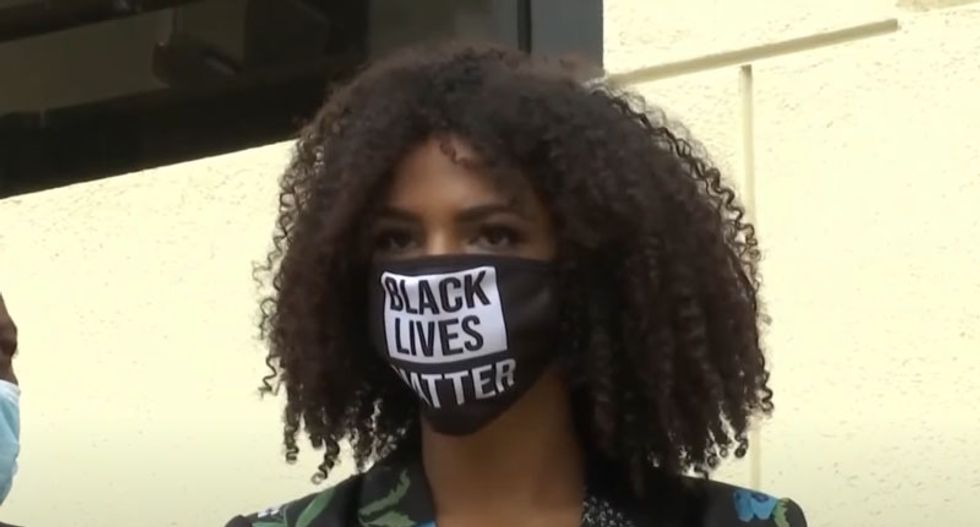 While participating in an antiracism protest in California in July that she helped organize, 20-year-old Tianna Arata was arrested. Now, according to the Los Angeles Times, her arrest has sparked a new protest movement.

This Tuesday, hundreds of people showed up to a rally in front of the San Luis Obispo courthouse in a show of solidarity with Arata. There were also some counter-protesters at the event as well.

“She wasn’t arrested for lawfully protesting,” San Luis Obispo Police Chief Deanna Cantrell said. “She was arrested because of her own actions and her own behaviors, and she is the one that violated laws.”

Arata was arrested when she and other protesters blocked a portion of the 101 Freeway. She was charged with four felony counts of false imprisonment, one felony count of conspiracy, and three misdemeanor counts for resisting or obstructing a peace officer, participating in a riot and unlawful assembly. The LA Times says she was released later that evening on zero bond.

According to Arata, police are trying to make an example out of her.

"It was completely targeted. … And it obviously seemed like it was to discourage other people from organizing protests in San Luis Obispo," she said.

“A lot of people in San Luis [Obispo] specifically, they like to point the finger and say, ‘Oh we don’t have these issues here,’” Arata said. “But we needed people to open their eyes and be like ‘OK, this affects us.’ This is a group of young Black and brown youth and we’re telling you, we have issues in this community as well. No community is exempt.”

Read the full story over at The Los Angeles Times.