Jerry Falwell Jr. says his wife had a ‘fatal attraction’ affair with the pool boy: report 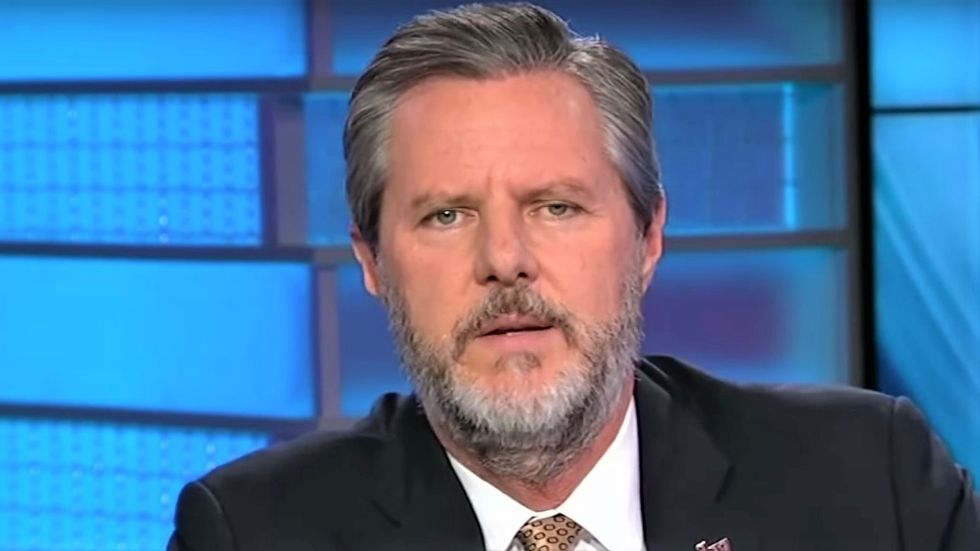 Jerry Falwell, Jr. says his wife Becki Tilley had an affair with a young man known to the public as the couple's "pool boy" and says he was threatening to expose the relationship.

Falwell spoke with and released a statement to the Washington Examiner's "Secrets" column, which notes the former Liberty University president did not name the man, but "he has been identified as Giancarlo Granda in dozens of news stories."

Once the affair was over, Falwell says, "we tried to distance ourselves from him over time," but "he unfortunately became increasingly angry and aggressive. Eventually, he began threatening to publicly reveal this secret relationship with Becki and to deliberately embarrass my wife, family, and Liberty University unless we agreed to pay him substantial monies.”

The Examiner says "Granda, who was 21 at the time, dismissed the charges of threats in an email to Secrets. He emailed, 'any allegation of extortion is falsely, defamatory and belied by clear documentary evidence. The Falwell’s attempt to sandbag me, and the Examiner, with a last minute story without providing the Examiner clear evidence that this was not simply an ‘affair’ with concocted allegations of extortion reeks desperation. The WHOLE truth will come out.'"

In his statement Falwell explains that during "a vacation over eight years ago, Becki and I met an ambitious young man who was working at our hotel and was saving up his money to go to school. We encouraged him to pursue an education and a career and we were impressed by his initiative in suggesting a local real estate opportunity. My family members eventually made an investment in a local property, included him in the deal because he could play an active role in managing it, and became close with him and his family."

"Shortly thereafter," he adds, "Becki had an inappropriate personal relationship with this person, something in which I was not involved – it was nonetheless very upsetting to learn about."

Falwell, a devout Christian who until recently headed one of the world's largest Christian universities, was placed on indefinite leave after posting a photo to Instagram of himself with his arm around his his wife's assistant's waist, his pants unzipped exposing his underwear and stomach.