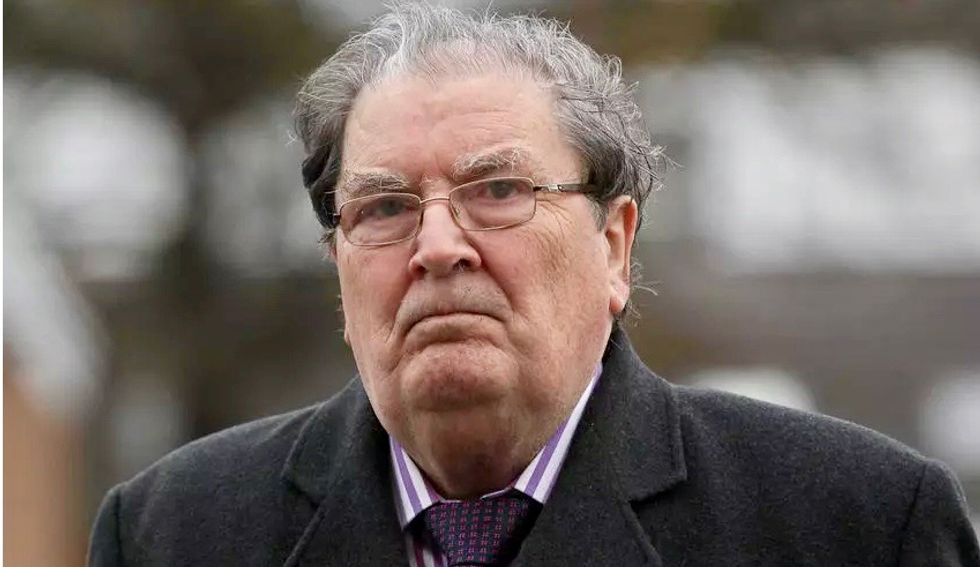 John Hume, a Roman Catholic architect of Northern Ireland's Good Friday peace agreement who won the Nobel Peace Prize for his role in ending 30 years of sectarian violence, died on Monday at the age of 83, his SDLP party said.

Hume, who is credited with kick-starting peace negotiations in the British region, shared the Nobel Peace Prize in 1998 with Northern Ireland's then first minister, David Trimble of the Protestant Ulster Unionist Party.

Hume died in a care home in his native Londonderry in the early hours of Monday morning, his family said in a statement.

"The death of John Hume represents the loss of 20th century Ireland’s most significant and consequential political figure," SDLP leader Colum Eastwood said in a statement.

"This is an historic moment on this island but most of all it is a moment of deep, deep sadness."

Hume, a moderate nationalist and civil rights campaigner, held pioneering talks with Gerry Adams, who was at the time the leader of the Sinn Fein party that was then the political wing of the Irish Republican Army (IRA).

The talks helped pave the way for a joint initiative by the British and Irish governments in 1993.

That spawned a peace process and an IRA truce in 1994 and talks that produced the watershed Good Friday accord.

"All of us, should bow our heads in respect & thanks. What an extraordinary man, peacemaker, politician, leader, civil rights campaigner, family man, Derryman, inspiration," Irish Foreign Minister Simon Coveney said in a statement.

John Hume has died. Ireland, all of us, should bow our heads in respect & thanks. What an extraordinary man, peacem… https://t.co/JzbkilgVMF
— Simon Coveney (@Simon Coveney) 1596444094.0