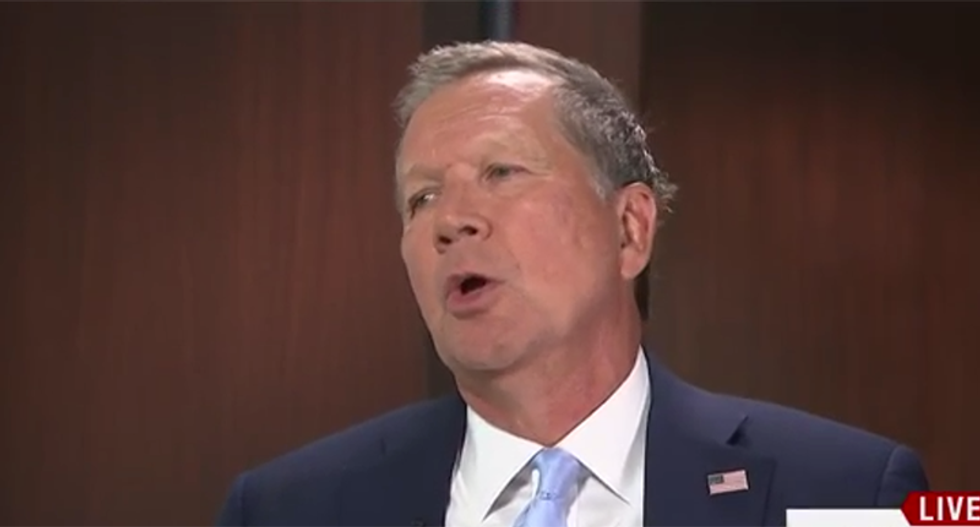 On CNN Monday, ahead of his speech at the Democratic National Convention, former Gov. John Kasich (R-OH) laid out his support for Vice President Joe Biden — and gave a preview of the message he will deliver.

"As you get ready for your speech, Governor Kasich, what are we going to hear in your speech tonight?" asked host Erin Burnett.

"Well, I'm going to try to make an appeal, Erin, that we should put country ahead of party," said Kasich. "I wish you could see my email and my texts. You know, it's just that people are so locked down. We've become so tribal that it seems a lot like we can't even listen to one another. Erin, really it's just remarkable. And I found throughout my career, political career and my lifetime that I don't have to agree with somebody on everything, that there's things that I can search for and through that we can build a deep relationship."

"I want to give you one example," added Kasich, Ron Dellums was mayor of Oakland, California, for a while. His wife sent me a note and said in an interview that Ron and I — that I became a great friend of his in the gym because I became more than one-dimensional. We worked together on some military reform and he listed me as one of his two people that had — were great friends of his and that he really missed. Now, Ron and I didn't agree on a lot of things and he'd be the first one to tell you that, but we forged a great friendship and were able to be constructive in terms of what we did."

"So what I would say, Erin, I want to convince people that it's okay to be a Republican and to vote for a Democrat," said Kasich. "It's perfect to put country ahead of political party and that we — only great things happen in America when we get along, not when we're fighting, Erin. It's pretty simple. I don't want to give the whole thing away or you won't watch it."