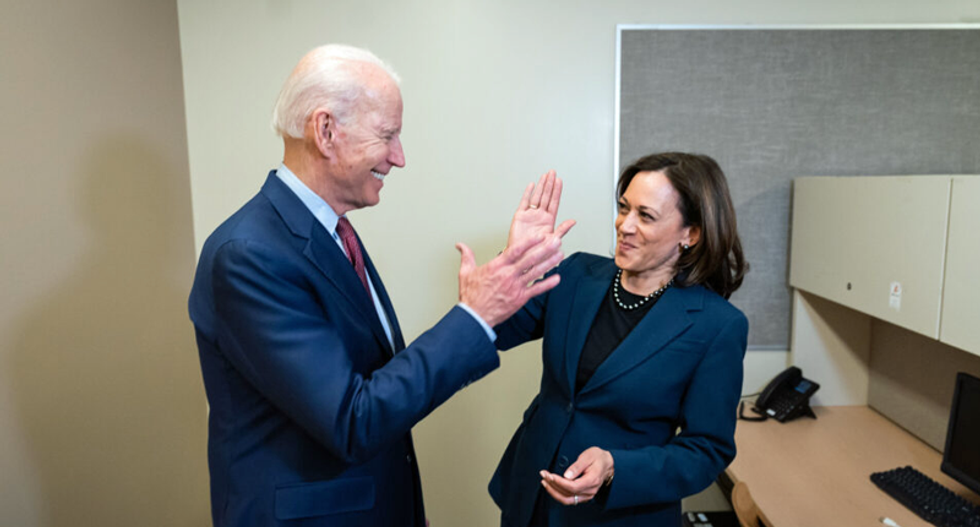 On Saturday, Politico reported that Sen. Kamala Harris (D-CA) being added to Joe Biden's ticket has "electrified" a group of voters who normally are ignored by both parties: West Indian voters. And this could make a big difference in Florida — a state that could decide the outcome of the election.

"Calls from Caribbean radio show hosts flooded the Biden campaign from South Florida. And a jolt of excitement shot through the crowd of early vote poll workers at the Lauderdhill Mall, in the midst of Broward County’s growing Jamaican community," reported Marc Caputo. "'There was just this sense of energy,' state Rep. Anika Omphroy, a daughter of two Jamaican immigrants, said in describing the moment the announcement was received. 'It was all Black women out there working under the tents,' she said. 'It was 98 degrees in August in South Florida, so it was too hot to cheer. But you could feel it, this sense.'"

"While exact numbers are hard to come by, census estimates and political studies peg the diverse Black community — nicknamed the Caribbean Massive by some — at more than 2.5 million, including hundreds of thousands of Florida voters," continued the report. "That’s crucial in a battleground state where elections are often decided by less than a percentage point."

Previous reports have suggested Biden is already performing strongly in Florida thanks to better-than-average numbers among the senior vote. And Harris may not only be a benefit due to her Carribean roots — she also has Indian ancestry, which could help in South Asian-heavy communities like the suburbs south of Houston.