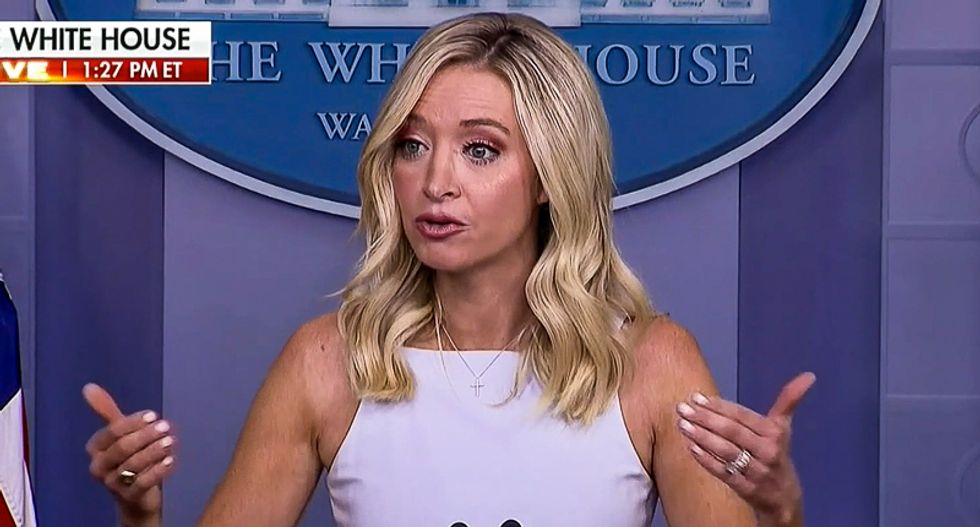 White House Press Secretary Kayleigh McEnany on Wednesday refused to say that President Donald Trump will accept the election results if he loses in November.

At a White House briefing, McEnany was asked about Trump's recent remarks claiming that the only way he can lose the election is if it is "rigged."

"Does the president believe there is any circumstance under which he could lose the election fairly?" one reporter asked the press secretary.

"The president believes that he's done a great job for the American people and he believes that will show in November," McEnany insisted. "He believes that voter fraud is real, in line with what we see all across the country, particularly with mail-in ballots, which are prone to fraud."

"Is the president saying that if he doesn't win this election that he will not accept the results?" a second reporter wondered.

"The president has always said he'll see what happens," McEnany admitted, "and make a determination in the aftermath. It's the same thing he said last November. He wants a free election, a fair election and he wants confidence in the results of the election, particularly when you have states like Nevada doing mass mail-out voting to their voting rolls."