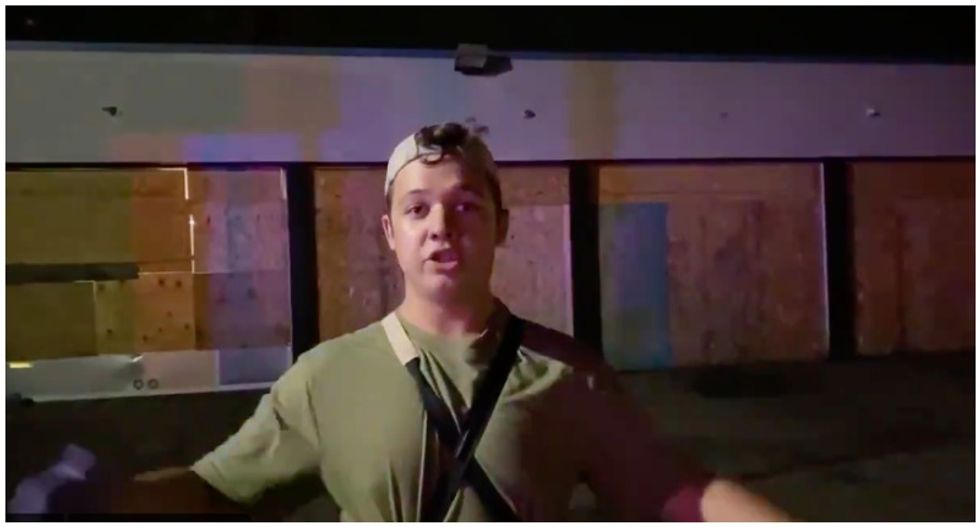 The 17-year-old charged with shooting three people and killing two of them during a protest in Kenosha, Wisconsin, this Tuesday is a self-described militia member who claimed to be at the scene to protect property from looters, the Milwaukee Journal Sentinel reports.

In an interview conducted by a Daily Caller reporter that was posted to Twitter, Kyle Rittenhouse confirmed that he was there to protect businesses from looters.

"People are getting injured and our job is to protect this business," Rittenhouse says in the clip. "And my job also is to protect people. If someone is hurt, I’m running into harm’s way. That’s why I have my rifle; I’ve gotta protect myself obviously. But I also have my med kit."

A post on the Kenosha Guard's now-deleted Facebook page seemingly tried to distance itself from Rittenhouse's actions.

"We are unaware if the armed citizen was answering the Kenosha Guard Militia’s call to arms," the post read. "Just like with the shooting of Jacob Blake, we need all the facts and evidence to come out before we make a judgment. God Bless and stay safe Kenosha!"

While the post garnered a flood of replies in support of Rittenhouse, some blamed the Kenosha Guard for influencing him.

"Shame on you Kenosha guard. You allowed a 17 year old to join you from out state and now he may pay for those mistakes for the rest of his life in a prison cell. SHAME ON YOU!!!!!" wrote one commenter.

Read the full report over at the Milwaukee Journal Sentinel.