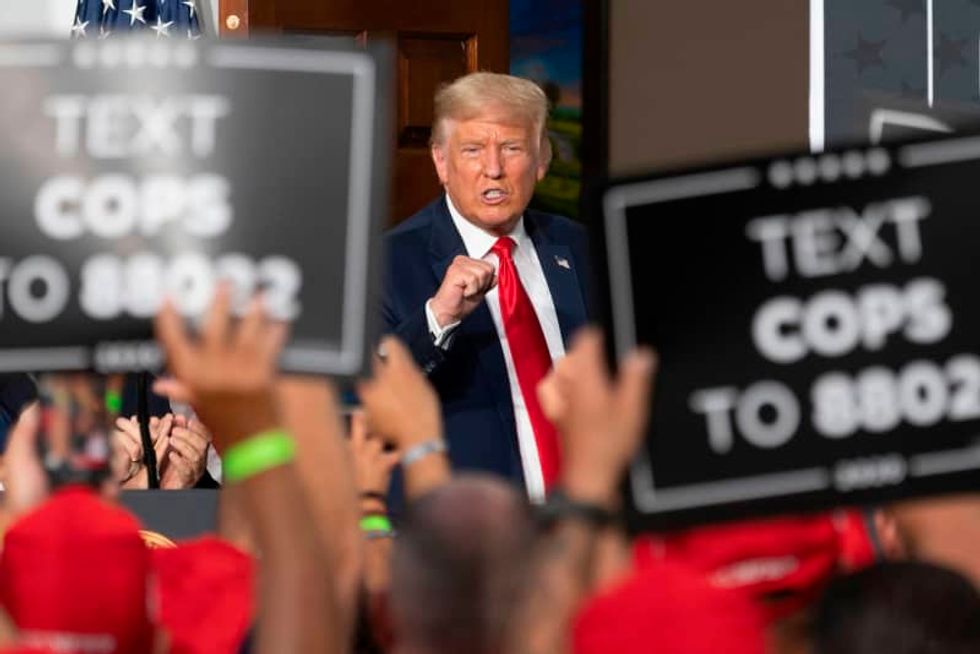 NEW YORK — New York City’s biggest police union backed President Donald Trump’s bid for reelection Friday, as Trump slammed a “a left wing war on cops.”“We need your strong voice across the country,” said Police Benevolent Association President Patrick Lynch.Lynch and Trump spoke before a crowd at Trump’s golf club in Bedminster, N.J., attended by PBA leaders wearing red MAGA hats.Lynch said it was the first time in his memory that the PBA had endorsed a presidential candidate.“That’s how important this is,” he said to applause from the crowd. “Mr. President, we are fighting for our lives out ...