Liberty professor says students are questioning their faith in the wake of Falwell Jr. scandal 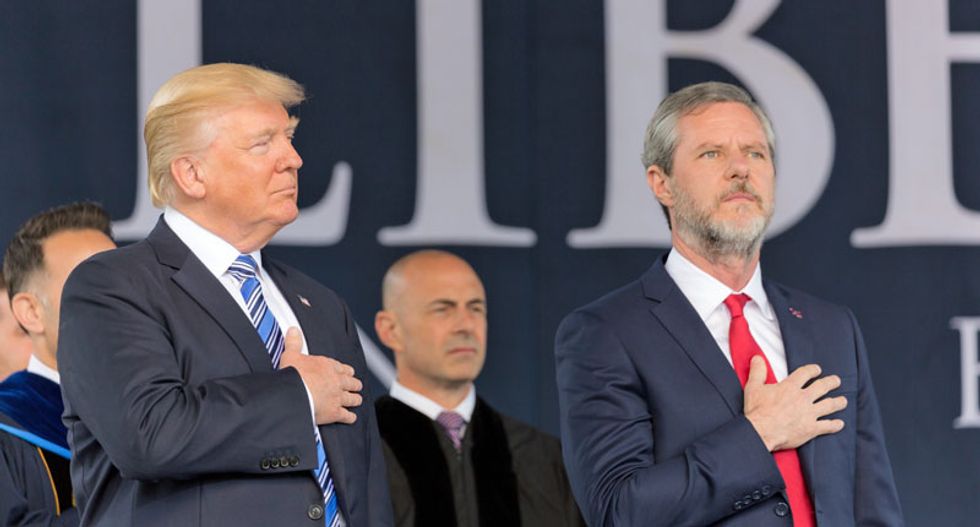 Liberty University students are questioning their faith after it became clear that Jerry Falwell Jr. ignored the stringent morality rules of the conservative Christian Evangelical school.

In an interview with CNN, Karen Swallow Prior, who previously taught at Liberty now serves as a research professor at Southeastern Baptist Theological Seminary, explained that many are struggling from the Falwell incident.

"The kinds of things that have been revealed in the last couple of days have not come in isolation," she explained. "There have been red flags for a long time. The kind of arrogance and authoritarian leadership that we experienced as faculty was really just a symptom of this lifestyle that was one that he thought he could do anything and get away with it."

Liberty University has a very strict Honor Code that prevents homosexual relationships, alcohol consumption, sex outside of marriage and viewing of any entertainment that is not consistent with conservative standards.

"Liberty University maintains a conservative standard in its approach to the arts and entertainment. Media and entertainment that is inconsistent with Liberty’s standards and traditions (i.e. lewd Lyrics, anti-Christian message, sexual content, nudity, pornography, etc.) are not permitted on or off-campus," the handbook says.

Prior went on to say that it became clear that money was put toward "other things" that were she said didn't stop the university from growing but it didn't further the mission of the university.

CNN's Anderson Cooper noted that it isn't the first time someone is hypocritical in the world of conservatism, professing one thing but doing another in their private lives.

"It's almost become a stereotype and predictable in some sense," he said.

Swallow Prior said that both she as a person of faith and students have been hurt by this incident.

Students, she said, "are struggling and doubting their faith now. Most of the consequences are dire but ultimately it does point to the fact that the core of our belief is to put our faith in God not in men."

Watch the interivew below: